Is Paying Off Debt Worth The #FOMO? 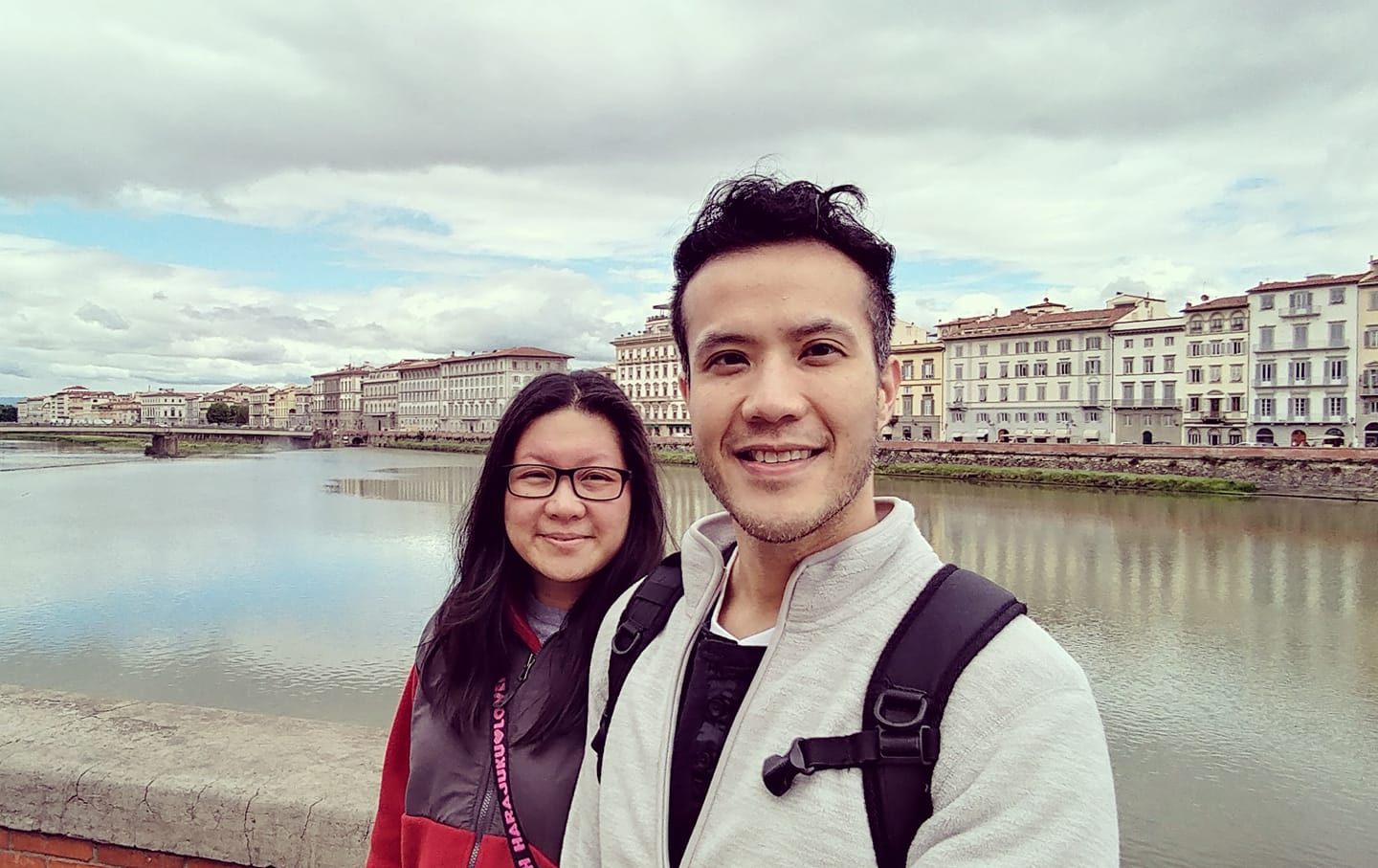 In our column #DearBernadebtJoy, personal finance and debt-free living media expert, Bernadette Joy answers all of your money and debt questions.

Today, she tackles a big one that so many striving to become debt-free have: Is paying off debt worth whatever “missing out” comes along with it?

The number one pushback I hear from people avoiding paying off debt isn’t because they want to invest instead, or that they have bigger plans for their money. Summed up, it’s “YOLO”, the modern-day “carpe diem.” I hear from people all of the time: “Life is short, so why stop living my life the way I like it, to pay off debt?”

To bring this point home here are some real comments I’ve received during my journey to debt freedom:

“Paying off debt sounds miserable. I like having a social life and I don’t want to stay at home all the time.”

“You can’t be eating well if you’re paying off debt. I’d rather eat more than just ramen noodles.”

“Cut off my streaming services?! I can’t live without my TV shows!”

“Wow, give up vacations and time with your family? Doesn’t seem worth it.”

At first, I was taken aback by these comments. Not because they were particularly offensive, but because they were so off base as far as what my life actually was like while paying off my student loans and mortgage. It’s an understandable feeling to have though, since a lot of the messaging out there is if you are living on a budget, that you must cut out everything.

So, to answer whether paying off debt is worth the ongoing #FOMO (fear of missing out), I thought it would be helpful to give a snapshot of what life looked like for me while paying off debt, and how I continue now in order to make the most of my budget.

I’d still hang out with family and friends regularly, but I did so affordably and spent on things I actually wanted to do.

Yes, it’s true: I wasn’t going out and buying rounds of shots every weekend like I once did when I had very little regard for my finances before I started my debt freedom journey. And yes, those times definitely had their fun moments. They were also really expensive. The vast majority of the time, the food was forgettable and the drinks were too (literally, one too many drinks erased memories, but not credit card charges). 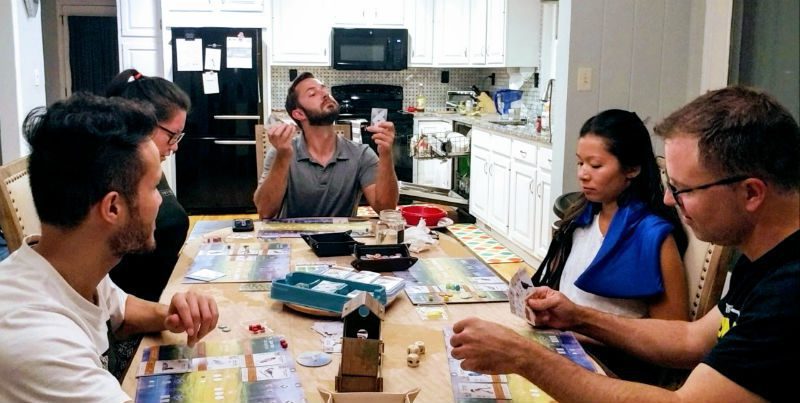 When my husband and I started our debt-free journey, we exchanged nights out on the town for potlucks, karaoke in our living room and board game nights in. I remember worrying that people would think we were lame. I posted the pictures from our game nights on Instagram anyway. And, funny enough, the same people I worried would be judging me, were the same people who were messaging me, asking when they could join in on the next game night.

It turns out whether you’re spending a ton of money or not much at all, if you’re having fun, someone is always going to feel FOMO. Which is why you might as well not break the bank and just have fun! The great side effects are we’ve saved a ton of money, made a solid group of close friends who genuinely share the same interests as us and stumbled on a new passion, aka our collection of 100 plus board games, that give us plenty of options for hosting friends at our home.

I didn’t just eat ramen, I just didn’t eat out as much as I used to.

Full disclosure, my husband does eat a lot of ramen, but that’s because we’re Asian and well, he just really likes ramen. In my opinion, the best thing you can do for your finances is to learn how to cook. At the very least, learn how to cook your favorite dishes. Even after we became debt-free, our grocery budget has remained about the same: $50 per week for two people. Yes, that’s three meals a day. And yes, we do eat things like cage-free eggs, organic fruits and grass-fed chicken. That being said, we are careful to buy only what we can eat for the week and make sure to buy when our favorites go on sale.

Yes, getting on a tight budget did mean we didn’t eat out every day, but we left room to still eat out once or twice a week. Truthfully, it can get exhausting cooking every night. But when we do go out to eat, it was usually for dishes we weren’t apt to cook ourselves. I no longer buy $38 ribeye steak dinners because I can cook that at home for $8.99 per pound. We will, however, go out for sushi, lamb souvlaki or real New York pizza (none of that thin crust stuff) because we have no desire to try and replicate those things in our own kitchen. It makes dining out a little more special.

Less screen time means more time than I had before. I’m choosing JOMO instead of FOMO.

I love television. I will binge-watch a season of anything if you leave me to my own devices. We cut off our Netflix at first to save money, but it turns out that all the time I was complaining I never had, was spent watching TV. All of a sudden, I had plenty of time to learn how to play the piano, read books for fun, educate myself about money, and stalk my favorite K-pop groups when I am craving that screen time (on YouTube for free). 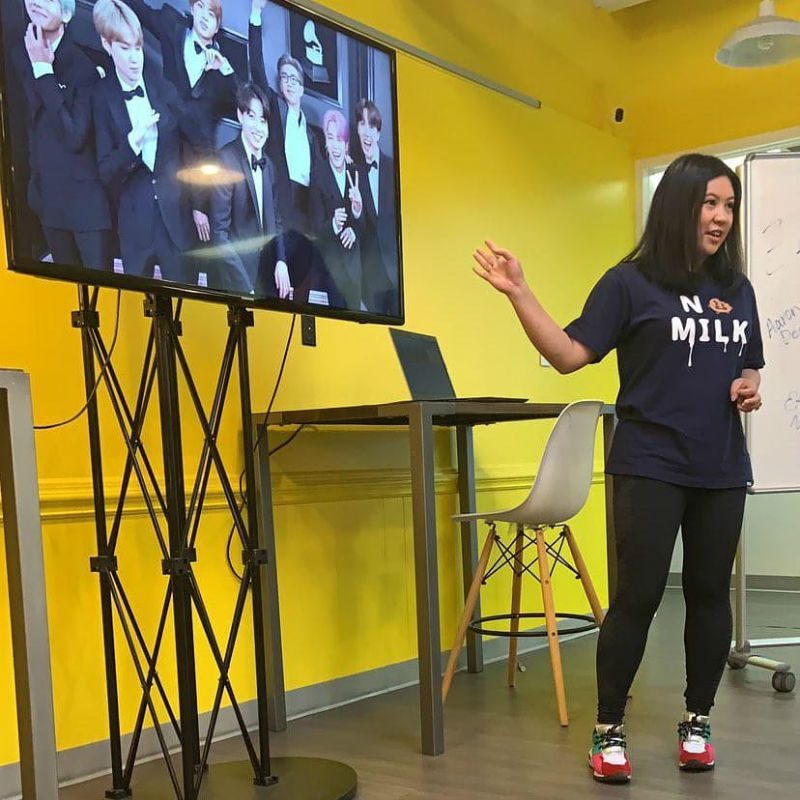 Instead of FOMO, I’m trying JOMO (the joy of missing out). I’m filling my time with new skills and ideas that I wouldn’t have picked up if not for missing out on something else less important. The FOMO on what happened to my Law & Order characters did not outweigh the joy from playing those piano songs for my family during the holidays, or getting in deep conversation about our favorite parts of The Alchemist with a colleague, that I finally had a chance to read. I’ve even learned so much about K-pop in my free time, I delivered a presentation on what Americans can learn from the business model of K-Pop (seriously). Paying down debt unexpectedly opened up all this time to explore my nerdy hobbies.

I gave up smaller vacations before so that I can now travel bigger and stress-free.

In my podcast, I talk about having to forgo a friend’s bachelorette party once, letting her know I couldn’t afford it while I was paying off my student loans. That was one of the toughest conversations I’ve had to have. I felt like I was letting her down. The truth is, I was so stressed between starting a new business, paying off debt and still trying to keep up appearances, that I was worn out. Just a few years later, I’ve been able to pay for a week long vacation in Italy in cash, and spend nearly $1,000 to fly and watch my favorite musical group at their sold out stadium concert.

That same friend whose bachelorette party I missed was pregnant with her first the same time I became debt-free. She wanted to go on one more vacation before the baby was born. This time, I was able to take off as much time as I wanted, because I paid off my student loans, quit my corporate job and no longer needed to ask for permission to take vacation. I didn’t have to ask how much the trip would cost because I knew I could afford it without putting it on a credit card. She is still one of my very best friends and we haven’t skipped a beat.

My life is far from perfect. Becoming debt-free was really, really hard. If you’re absolutely loving your life and not worried about money at all, then more power to you. But, if debt is keeping you from living the life you want, a little FOMO now can mean a lot less FOMO in the future, once you are debt-free.

Bernadette Joy is a personal finance enthusiast based in Charlotte, North Carolina. She is currently enjoying #debtfreelife after she and her husband paid off $300,000 of debt (including their home) in three years. Hashtag your personal finance questions with #DearBernadebtJoy or email them to contact@themoneymanual.com. Follow Bernadette Joy at @bernadebtjoy on social media for advice on how to crush your money goals and still love your life.

All Images: Courtesy of Bernadette Joy