The Case For Getting Married If You Are In Debt 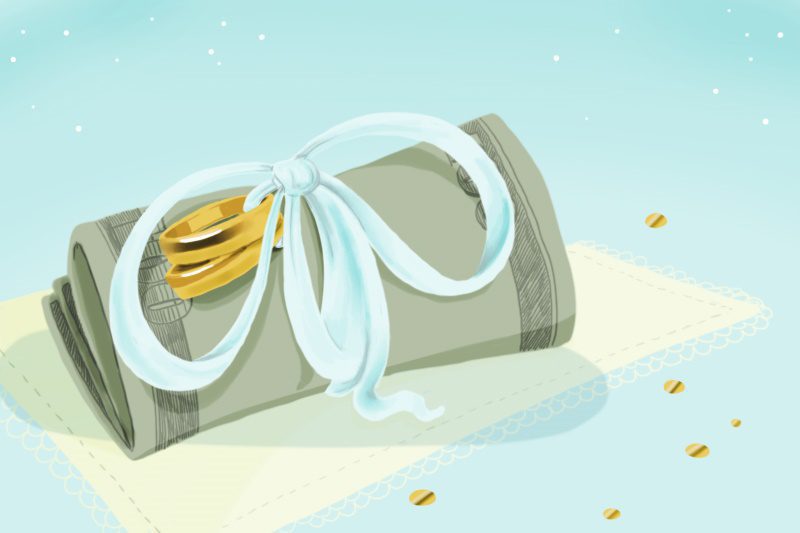 Millennials tend to be the butt of every joke in today’s news. Apparently we have ruined pretty much everything, including sex. And now we have our sights set on ruining the institution of marriage.

We are statistically getting married later in life than previous generations, and some millennials are evening forgoing marriage altogether. Why? Well, there are a lot of reasons, but a big one, and a surprising one at that, is student loan debt. According to a study detailed by Forbes, 19% of millennials are holding off on getting married because of outstanding debts.

It seems absurd at first read, but I get it. One of the largest reasons for divorce is money, after all. Bringing money stress into a marriage from the get-go can seem ludicrous.

Still, my now wife and I approached the debt issue pre-marriage with a much different perspective and it’s made me a strong proponent of not allowing debt to put a dent in marriage plans.

Looking back, I would argue that my student debt has brought us closer as a couple. We’ve gotten “financially naked” and been able to work together as a team to knock this debt down.

Despite a lot of advice to the contrary, couples shouldn’t wait to get married just because of debt in my opinion. Here’s why:

You don’t have to be a statistician to understand this: the more money that you can throw at debt the faster you will get out of debt. In theory, if two incomes are being thrown at one pile of debt, it should shorten the lifespan of the debt.

While I make roughly 70% of our household income, the 30% that my wife brings in has made a significant difference in paying down my debt. Once my student loans are gone, I plan on doing something incredibly special for her. Until then, we will attack the monster together.

Inheriting a spouse’s debt is not fun, but marriage is about compromise and helping each other. If you can work together to tackle a mountain, there aren’t many things you won’t be able to handle together.

Marriage Comes With Many “Perks”

Let me be frank: being married comes with several big financial perks when it comes to bills.

Before I got married, I was paying a ridiculous amount of money for car insurance. I was a single male 24-year-old driving a brand new Honda Civic. I was in a demographic that is statistically the highest risk for insurance companies which translated to an insurance payment of roughly $220 each month.

As soon as my wife and I were declared married our insurance payment went to $230 with two cars. These insurance benefits can help you save thousands once you tie the knot.

Also, there is the notorious tax benefit for being married. The laundry list of tax benefits can make a significant difference to your bottom line.

Once you get married, you become responsible for your spouse’s well-being. Their well-being does involve your financial picture together.

Once my wife and I got married, I became insanely proactive in our finances. I did intense research into the best way to dig ourselves out of debt. I became an expert in financial products that garner great interest rates for us and the best rates on our student loans. I also ensured we had the best health insurance possible — at a great rate of course.

I hold myself accountable for every financial purchases and decision I make, and my wife does the same.

Simultaneously, we have been able to have a great discourse and debate about our finances. I find that we both want to have this transparency especially because both of our parents struggled with money in different ways.

Now we joke (or maybe we are secretly serious) that we are going to charge our 5-year-old rent and tax them on their Halloween candy. My point being, I’m not sure we would have build this all too important camaraderie without tackling debt together as a married couple.

If you think you have found your person in this world, I seriously couldn’t be happier for you. Not everyone is lucky enough to find their person.

I will now urge you if you are considering getting married to have money conversations with your partner. Money does not have to be a topic of angst and unhappiness. Flip the script into a challenge for the both of you to make money work for you so you can go on to create a beautiful life together.

Brett Holzhauer is a graduate of the Walter Cronkite School of Journalism and Mass Communications at Arizona State University. He enjoy writing about personal finance, travel, and credit card rewards. In his spare time, he enjoys traveling with his wife, eating questionable Mexican food, and watching college football.