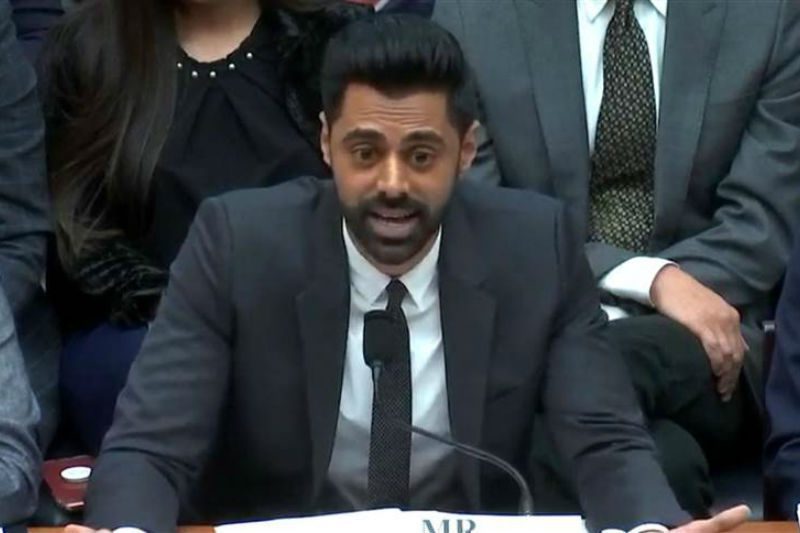 This week Minhaj — behind Netflix’s Patriot Act — paid a visit to Congress to school them on exactly how bad the student loan crisis has become.

And he railed into them. For one, he told members of the Financial Services Committee that they paid a lot less for college than millennials. “We looked up where the 60 members of this committee went to college and what your school’s tuition was at that time, even adjusting for inflation, college costs way less across the board,” he said. “On average, this entire committee graduated from college 33 years ago and paid an inflation-adjusted tuition of $11,690 a year. Today, the average tuition at all of your same schools is almost $25,000. That’s a 110 percent increase over a period of time when wages have gone up only 16 percent. So people aren’t making more money, and college is objectively way more expensive. You see what’s happened? We’ve put up a paywall to the middle class.”

Per Minhaj the student loan crisis is so bad people aren’t even asking celebrities for selfies anymore, they are asking them for help to pay off their student loans. “It’s a huge problem that the youth of America have to bombard their favorite rapper or pop musician and ask them to pay back their student loans. They’re not even asking for selfies anymore,” Minhaj said. “Are you a fan of Taylor Swift? Are you a Swiftie? ’Cause even her fans have gone up to her and said ‘Will you please pay back my student loans?’ That’s how desperate student borrowers are.”

His big takeaway? “Now look, we know the deck is stacked against student borrowers in ways that it wasn’t 10 or even 15 years ago, and they deserve some basic protections. Americans should not have to go bankrupt pursuing higher education, and they should never be preyed upon by underregulated loan-servicing companies. So, members of this committee, we know the government is capable of stepping in during a financial crisis, so really all I’m asking today is: Why can’t we treat our student borrowers the way we treat our banks? Because 44 million Americans — that is too big to fail.”

Want us to multiply your entries by 50? We have 10 more questions for you.