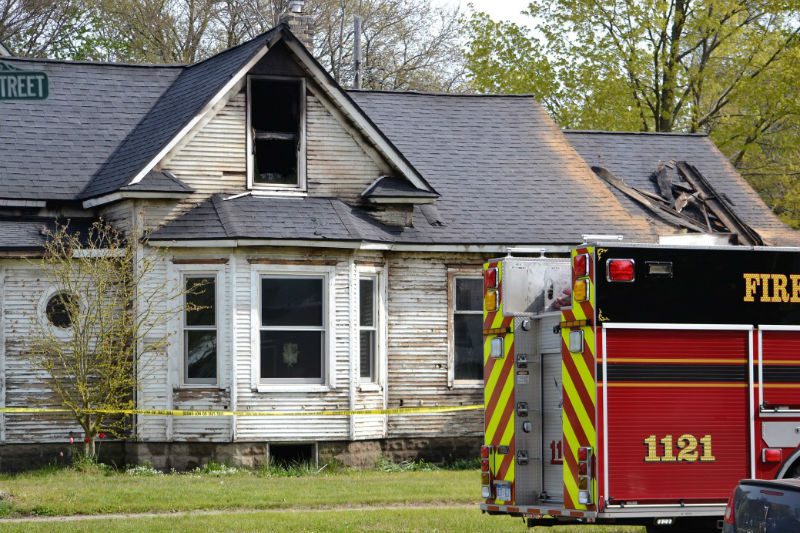 One of the most devastating things that can happen to a person is when they lose their house to a fire. That nightmare is then followed by another nightmare: filing an insurance claim (that is, if you are lucky enough to have insurance).

Because it’s pretty much common knowledge that filing a claim is hard, when a recent Redditer who said he “worked for insurance companies, and determined the value of every little thing in your house” posted his tips, it got a lot of attention. And we mean a lot. His advice goes way beyond common knowledge and is definitely worth a bookmark in case you are ever in need.

“I used to be the guy who worked for insurance companies, and determined the value of every little thing in your house. The guy who would go head-to-head with those fire-truck-chasing professional loss adjusters. I may be able to help you not get screwed when filing your claim.

Our goal was to use the information you provided, and give the lowest damn value we can possibly justify for your item.

For instance, if all you say was “toaster” — we would come up with a cheap-as-fuck $4.88 toaster from Walmart, meant to toast one side of one piece of bread at a time. And we would do that for every thing you have ever owned. We had private master lists of the most commonly used descriptions, and what the cheapest viable replacements were. We also had wholesale pricing on almost everything out there, so really scored cheap prices to quote. To further that example:

I’m not telling you to lie on your claim. Not at all. That would be illegal, and could cause much bigger issues (i.e., invalidating the entire claim). But on the flip side, it’s not always advantageous to tell the whole truth every time. Pay attention to those last two examples.

I remember one specific customer… he had some old, piece of shit projector (from mid-late 90s) that could stream a equally piece of shit consumer camcorder. Worth like $5 at a scrap yard. It had some oddball fucking resolution it could record at, though — and the guy strongly insisted that we replace with “Like Kind And Quality” (trigger words). Ended up being a $65k replacement, because the only camera on the market happened to be a high-end professional video camera (as in, for shooting actual movies). $65-goddam-thousand-dollars because he knew that loophole, and researched his shit.

Remember to list fucking every — even the most mundane fucking bullshit you can think of. For example, if I was writing up the shower in my bathroom:

I could probably keep thinking, and bring it up to about $400 for the contents of my shower. Nothing there is “unreasonable” , nothing there is clearly out of place, nothing seems obviously fake. The prices are a little on the high-end, but the reality is, some people have expensive shit — it won’t actually get questioned. No claims adjuster is going to bother nitpicking over the cost of fucking Lush bath bombs, when there is a 20,000 item file to go through. The adjuster has other shit to do, too.

Most people writing claims for a total loss wouldn’t even bother with the shower (it’s just some used soap and sponges..) — and those people would be losing out on $400.

Some things require documentation & ages. If you say “tv – $2,000″ — you’re getting a 32” LCD, unless you can provide it was from the last year or two w/ receipts. Hopefully you have a good paper trail from credit/debit card expenditure / product registrations / etc.

If you’re missing paper trails for things that were legitimately expensive — go through every photo you can find that was taken in your house. Any parties you may have thrown, and guests put pics up on Facebook. Maybe an Imgur photo of your cat, hiding under a coffee table you think you purchased from Restoration Hardware. Like… seriously… come up with any evidence you possibly can, for anything that could possibly be deemed expensive.

The fire-truck chasing loss adjusters are evil sons of bitches, but, they actually do provide some value. You will definitely get more money, even if they take a cut. But all they’re really doing, is just nitpicking the ever-living-shit out of everything you possibly owned, and writing them all up “creatively” for the insurance company to process.

Sometimes people would come back to us with “updated* claims. They tried it on their own, and listed stuff like “toaster”, “microwave”, “tv” .. and weren’t happy with what they got back. So they hired a fire-truck chaser, and re-submitted with “more information.” I have absolutely seen claims go from under $7k calculated, to over $100k calculated. (It’s amazing what can happen when people suddenly “remember” their entire wardrobe came from Nordstrom.)”