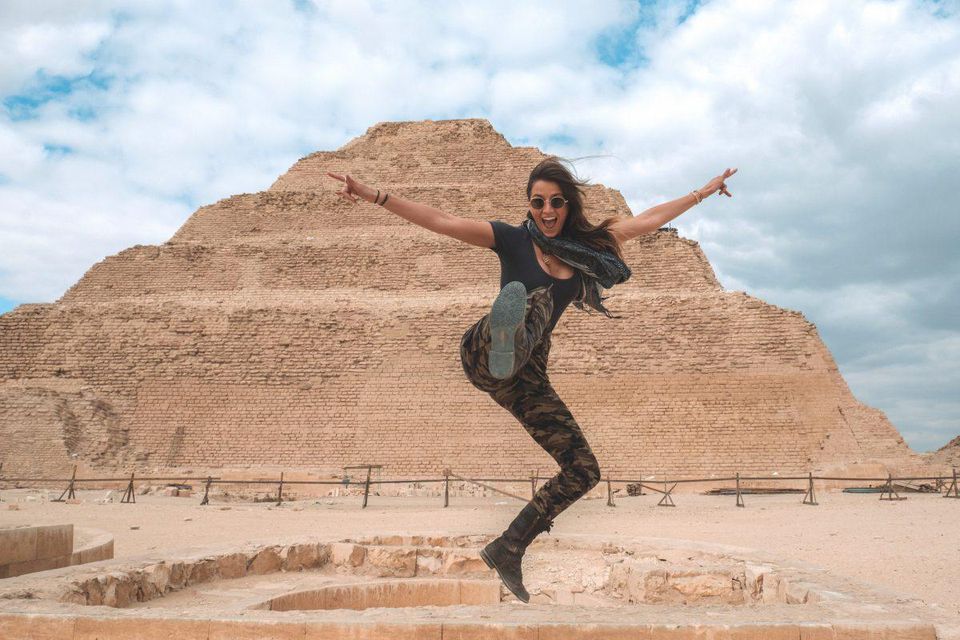 Many of us on a budget imagine a life of financial freedom looks something like enjoying cocktails on a beautiful beach somewhere. Well, given how many people have student loans or other debts, for most of us this is always going to just be a pipedream.

Emphasis on, most of us. Lexie Alford, known on as Lexie Limitless to her Instagram followers, has figured out how to turn this into a reality.

Shortly after turning 21, she broke the World Record becoming the youngest person to visit all 196 sovereign nations. While it is an unbelievable feat, regardless of age, you’re probably wondering, “How was she able to afford this?”

Alford told us, her love for travel, and her aptitude for doing it on a budget, started early.

Her parents currently own a travel agency in Northern California, so she had a leg up on mastering a nomadic lifestyle. 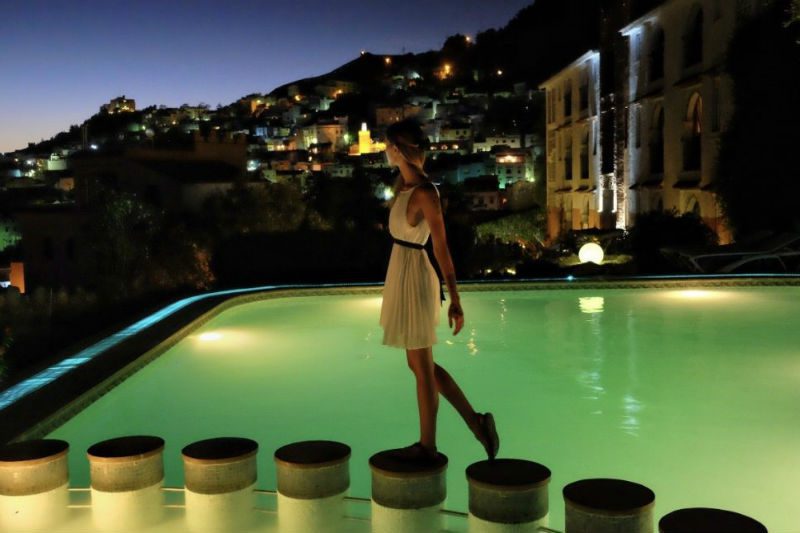 “My fondest memories as a child were traveling with my family,” she shared with The Money Manual. While growing up she was able to travel everywhere from Cambodia to the Great Pyramids of Giza in Egypt to Dubai.

Wanderlust settled in. “I made the decision early on that taking an adventure on a private boat was much more important than eating out or having a new pair of shoes.”

It’s an attitude that a lot of her peers share. According to a recent study by Contiki, the majority of the millennials favor travel over just about everything else, and say that they would give up Netflix (80 percent), coffee (77 percent), alcohol (73 percent), carbs (60 percent), and even sex (57 percent) to travel. 83% are traveling one to five times a year.

Alford, for one, spent summers traveling across Europe while she was growing up. “I give so much credit to my parents as they gave me an incredible amount of autonomy to find and create myself,” she said.

She graduated from high school two years early and went on to get an associate’s degree from a local college. While she was planning on going back to school, she found the world beckoning and decided to devote her time to travel fully.

Along the way, her Instagram following began to explode — she now boasts over 267,000 followers. With the increasing exposure, came the criticisms, particularly in regards to how she was able to afford all of this.

“One of the largest misconceptions from my followers is that my parents fund all my traveling,” she said. “This is not the case at all. I have been working since I was 12 years old to help fund my travels. Also, I have been able to have the discipline and sacrifice of eliminating possessions in my life.”

Alford says she has earned money as a photographer, model, and content producer for brands and hotels, a commercial painter, and by helping out with her parents’ business.

She’s also become a master budgeter along the way. 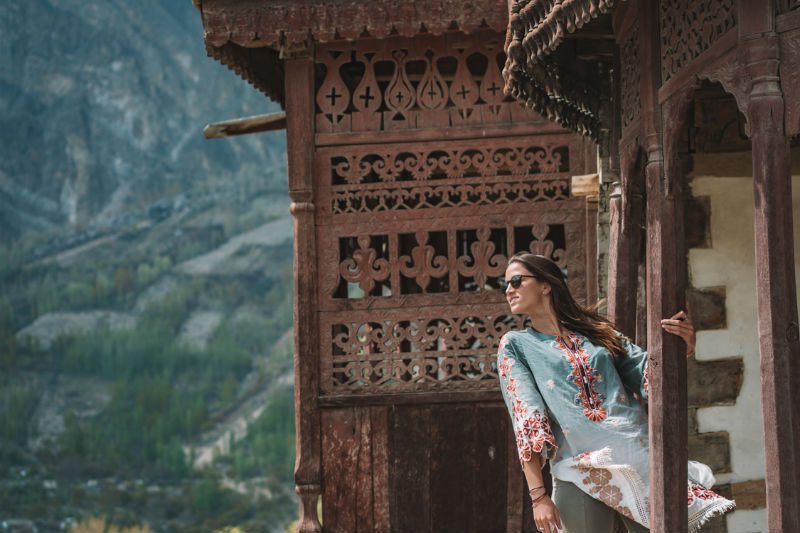 “I still wear the same clothes from high school,” she shared.

During her travels, she maintains a strict budget of under $30 per day in food, and no more than $50 per night on accommodations when’s she not using credit card points. To stretch her dollars even more, she always makes sure to stay at hotels that include food and airport transfers when possible.

And she also doesn’t have a lot of recurring expenses — what she spends on travel are her expenses. “[I] keep my overhead as low as possible…I live with my parents, I don’t have a car payment, I don’t have student loans, and I do not indulge in possessions.”

Just like anything, there have been financial missteps along the way. Alford shared her biggest one involved North Korea, one of the toughest countries in the world for an outsider to penetrate.

“I was attempting to enter North Korea via the DMZ [the Korean Demilitarized Zone] and [ended up] not being able to get in because it was closed to civilians. This wasn’t directly my fault as the tour operators had been lying about that section being closed for months and didn’t inform me until the day of the tour, but I booked an entire trip around Asia based around something that didn’t happen. The only thing that would have helped was to do even more research and to reach out to people who had also done the same tour within the past three months.”

There are some once-in-a-lifetime experiences that Alford does splurge on. “Bungee jumping, riding camels at night in the Sahara, splitting the cost of a boat to go out on the Italian Riviera with friends,” are all things that Alford has done that she thinks were worth the cost ultimately.

It’s an enviable life for sure, even more so because Alford has found a way to make the dollars and cents of it work.

Some travel tips of Alford’s? “Making sure you’re staying somewhere central is essential to saving money on transportation,” she advises. “Researching how much taxis cost ahead of time so you don’t get taken advantage of at airports or tourist attractions, also traveling with other people has saved me so much money because you can split the cost of tours, transportation, and your accommodation. There are so many ways to learn how to keep the costs of travel down if you’re willing to do the extra research and planning.” 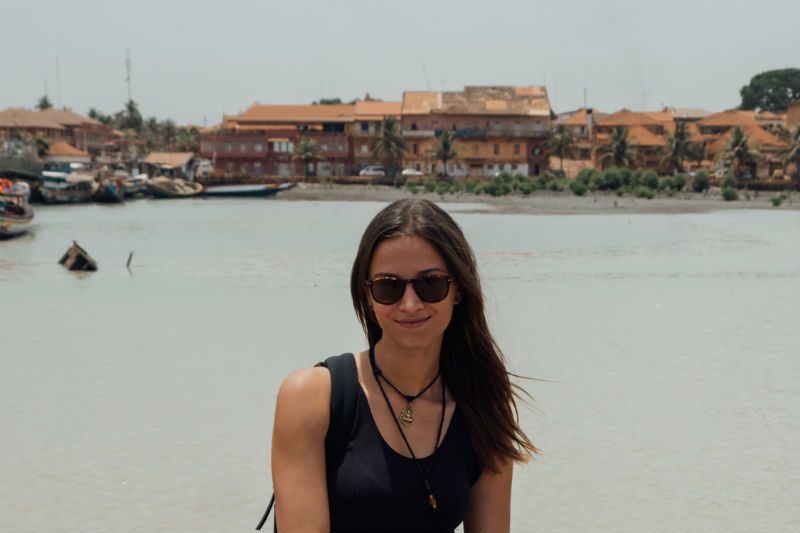 While Alford’s lifestyle is certainly out of the box, she says financially there has actually been an upside. “Young people are pressured at such a young age to go straight into university, to get a degree that they could potentially never use,” she said. “They aren’t really exposed to the real world while going to school…so there is no possible way that they could know what [they] want to do as a career at 18 years old. And it also comes with years of student debt that will weigh them down for a significant portion of their lives. I estimate that traveling to every country was just as expensive as getting a Bachelors degree from a university of California college. And along the way I’ve discovered a career that I’m passionate about and [I] most likely will not be returning to college.”

Alford says that if money is holding you back from your travel dreams, to rethink your priorities. “As corny as it sounds, you can do anything you put your mind to. If you don’t think you can afford it, look at where your money is going. If you look at your priorities in connection with where your dollars are going, you can very likely make one or two changes to make traveling possible.”

Brett Holzhauer is a graduate of the Walter Cronkite School of Journalism and Mass Communications at Arizona State University. He enjoys writing about personal finance, travel, and credit card rewards. In his spare time, he enjoys traveling with his wife, eating questionable Mexican food, and watching college football.

All Images Courtesy of Lexie Alford