Justine Nelson paid for college like a lot of people: her parents took out a Parent PLUS Loan to help pay for her Kansas State University (for roughly $7,000), she received some grants and scholarships, and, despite that amount of support, still ended up taking out student loans — to the tune of $35,000.

“[I didn’t] realiz[e] how much of an impact that would have later on in life after I graduated,” Nelson shared. [Full disclosure: Nelson is a regular The Money Manual contributor, who regularly writes about how to best handle debt and other financial issues.]

When Nelson graduated in 2011 with a marketing degree, she moved back home with her parents. The only job she could land in her field was an internship at an advertising agency making $10 per hour. It was then that the full the student loan debt burden really set in.

“I remember getting a letter in the mail addressed to me that said I owed the federal government $230 monthly minimum payments for the next 10 years,” Nelson recalled. “It was such a sticker shock and a punch in the gut… I thought to myself, there’s no way that I can afford $230 towards a loan payment plus all of the other things that I wanted to do as a 20-something.”

On her wish list at the time? She wanted to live in a high-rise apartment, attend happy hours, and to go on sushi dates. She didn’t know how she was possibly going to be able to afford the life she wanted while making $10 an hour on top of making the minimum payments for her student loans.

I had to make some lifestyle changes to make sure that I could pay down that debt as fast as possible because I didn’t want to live in a scenario where all of my paychecks were going towards debt. 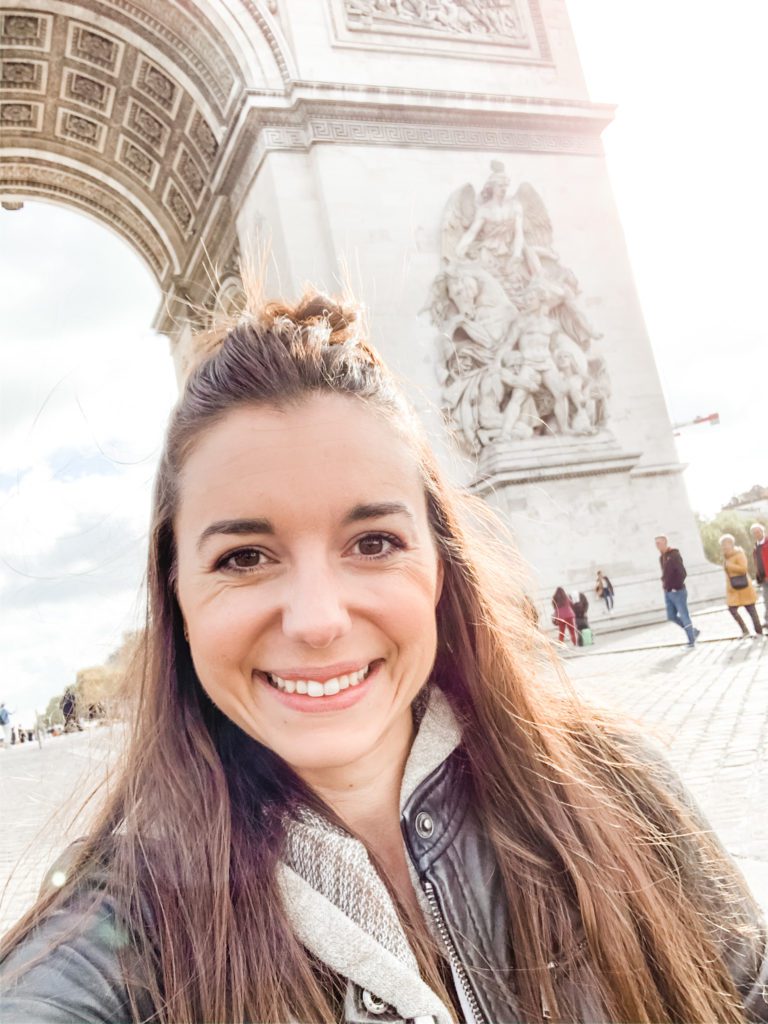 The Beginnings Of A Debt Free Journey

When Nelson first realized she had to do something about her debt problem she was making $1,400 per month in an internship.

I realized if I was going to pay off this debt and really start tracking my finances correctly that I needed to get my income up.

“I realized if I was going to pay off this debt and really start tracking my finances correctly that I needed to get my income up,” Nelson shared. “That was hurdle number one: get your income up.”

In order to increase her income, Nelson hustled at her internship. She made sure she was known to everyone in the office and made it known that she wanted a full-time position. Eventually, she scored it, though it paid just $33,000 a year.

Even with a full-time job, Nelson continued living below her means. She moved out of her parents’ house and got a roommate, paying $350 for her half of the apartment that was close to downtown Kansas City. She tracked her income and expenses and “still somewhat lived like a college student.” Her office often had beer and liquor on hand so that served as her happy hour. Anytime Nelson had to work late, her company would order dinner for her team, and she would take advantage of it. Since Nelson lived right above her office, she was able to get “free” WiFi. She split a Netflix subscription with her rommatte.

All in, her frugality and good thinking helped her throw as much money towards her student loan debt as possible using the debt snowball method (you can read about exactly what that is here), focusing on her smallest loan first.

That quick win was so much more motivational than trying to attack the loan with the highest interest rate.

“To me, that quick win was so much more motivational than trying to attack the loan with the highest interest rate.”

She began putting an extra $50 a month towards one particular loan. She then expanded that to $100 a month extra. At one point, she was even able to up that to $500 a month.

“It was so quick and motivating that I was like shoot…I can do that with the rest of the loans.”

Moving On Up (While Watching That Debt Balance Go Down)

Nelson also continued to focus on her take-home pay. She changed jobs and upped her salary to her $40,000. She still lived in that same apartment and still practiced frugality. That being said, she budgeted for happy hours and eating out. “I knew those little things mattered to me.”

Nelson changed jobs again and ended up moving back to her college town accepting a position with her university for $41,000. She continued to live below her means (notice a theme here?). She had a roommate (her sister) and her rent stayed at $350 for her share. In this new job she qualified for overtime, and she took the opportunity whenever she could, throwing her extra earnings at her debt.

She built up to putting $1,000 towards her student loan debt per month. “Almost half of my paycheck was going towards the debt” at this point.

Nelson didn’t rest on her laurels, and turned to side hustling, too. She became a freelance writer for a local magazine getting paid $150 per story. She even sold things on Craigslist and to supplement her fun money, she would take online surveys when she was bored at home.

Bottom line: Nelson did a little bit of everything and she was able to successfully pay off all $35,000 of her student loan debt in two years and five months. 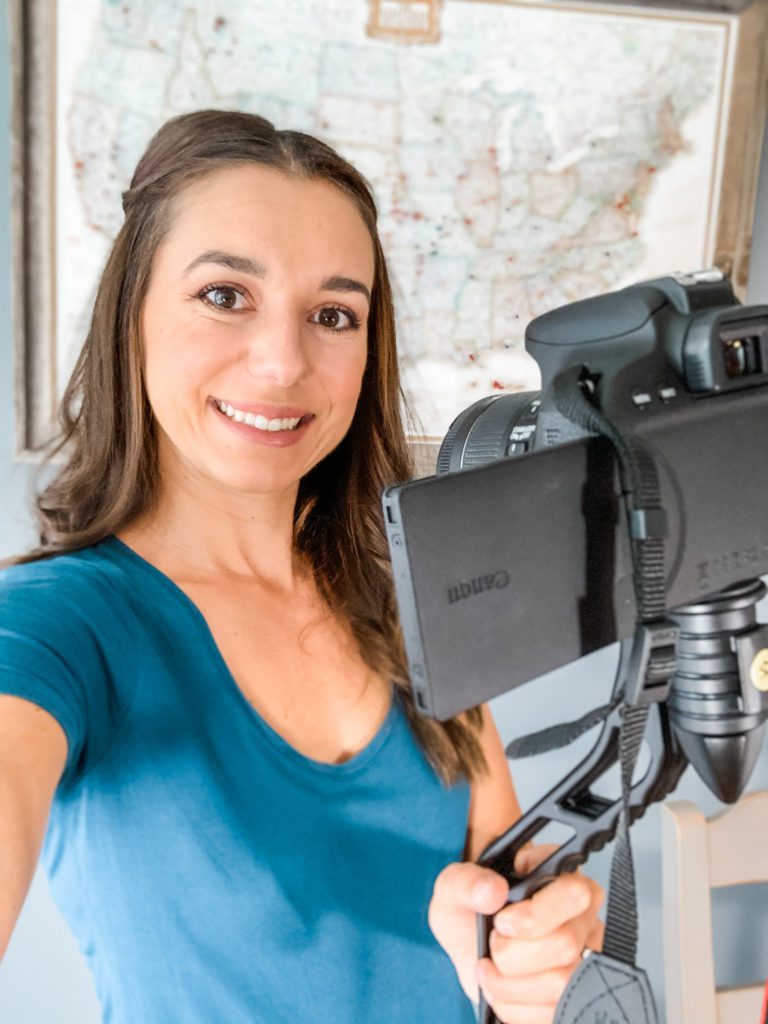 Do Yourself A Favor And Listen To Nelson’s Advice

Make the minimum payments like normal, then after that, go back into your student loans and that extra payment that you want to put towards your debt, you need to manually apply the extra payment towards a specific loan.

Nelson encourages people to break down their debt into individual loans, and to take the approach of paying them down individually.

“If you can break that out [your debt] into individual student loans that you took out over the course of your college career, then you can start breaking down that bigger student loan debt into bite-sized chunks and then it seems more manageable because you’re not looking at $39,000, you’re looking at $5,000 or $2,000 [and it’s easier to say] ‘Oh, I got $2,000, that’s easy. I can manage that.’” 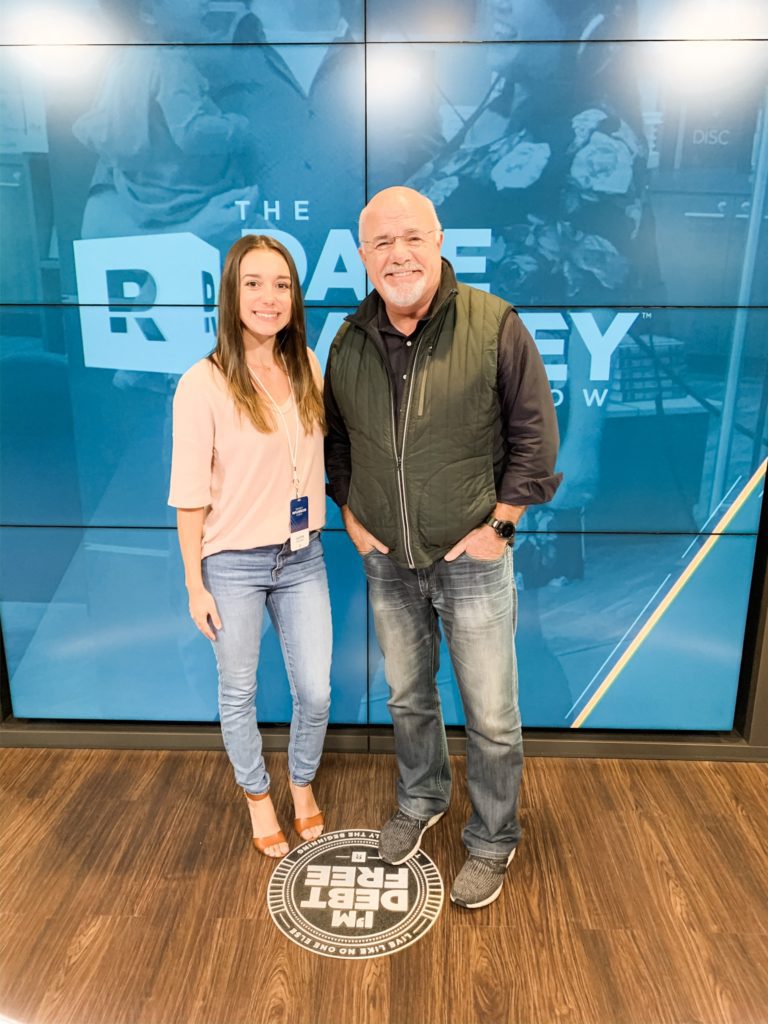 Now that Nelson has successfully paid off her debt, she is redirecting her funds towards new goals — a healthy retirement fund, a vacation fund, saving for a new car, and saving for a down payment on a house with her husband.

The way that I was treating paying off my debt is kind of  the same way I treat these other saving goals: How much can I throw towards this goal where I can hit it as quickly as possible?

“The way that I was treating paying off my debt is kind of the same way I treat these other saving goals,” Nelson shared. “How much can I throw towards this goal where I can hit it as quickly as possible?”

Nelson now lives in San Diego with her husband (a move she says she was able to make largely because she is debt-free), and is now consulting and running a blog to help others get out of debt — Debt Free Millennials.

“Here’s the thing: we [my husband and I] don’t have any debt…we get to make a choice as to how we want to spend our money. While we may not be the most frugal in the personal finance community, we are living the life that we want to live.”

All Images: Courtesy of Justine Nelson