Woman Credits This One Question For Helping Her Pay Off $222,000 Of Debt In Viral Video 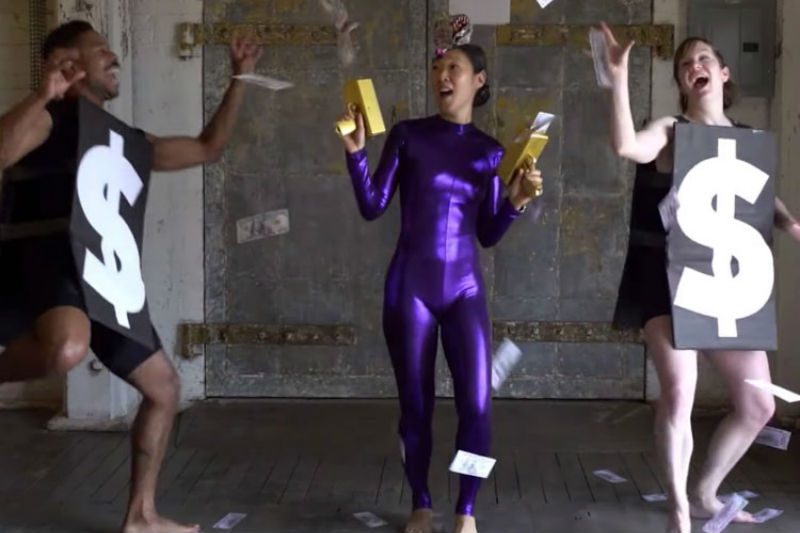 Caitlin Boston, like a lot of people, found herself crushed by student loan debt when she graduated in 2009. While she had a master’s in social psychology and two undergraduate degrees — one in anthropology and one in American studies — she also had $147,602 in student loans altogether.

It felt like an amount that was too big to conquer. But, Boston was able to do it as of August 6, ten years after graduating, (paying off $222,817 at that point including interest). Also of note, she did it all without any help. She announced the achievement in a Youtube video celebrating the occasion, which has since gone viral.

To be able to pay off that massive amount of debt, Boston told Buzzfeed she did a few things: She kept her housing costs low. She avoided credit card debt at all costs.

But, she also revealed in that video celebration announcement, that the biggest step forward that helped her to pay off that debt was finding out how much her co-workers were earning.

In her video she shared:

“I want to pass along the number one thing that helped me pay off my student loans and really it can improve anyone’s financial situation even if you don’t have crushing debt, so here it is:

Ask your peers what they make. That’s it. Especially if you are a woman, you need to expect that you’re being underpaid. Your job is to figure out by how much. Because even in 2019 women make 80.5 cents for every dollar that a man makes. And women of color make even less. So ask your peers what they make—especially your male ones. It might make you uncomfortable, but it’s the sole reason I started making an additional 41% a year. To help you, here’s a tip: ‘over or under.’ Just ask your industry peers, ‘are you making over or under x dollars?'”

Watch Boston’s full video below, and consider taking her advice.