How To Have “The Money Talk” With Your Parents 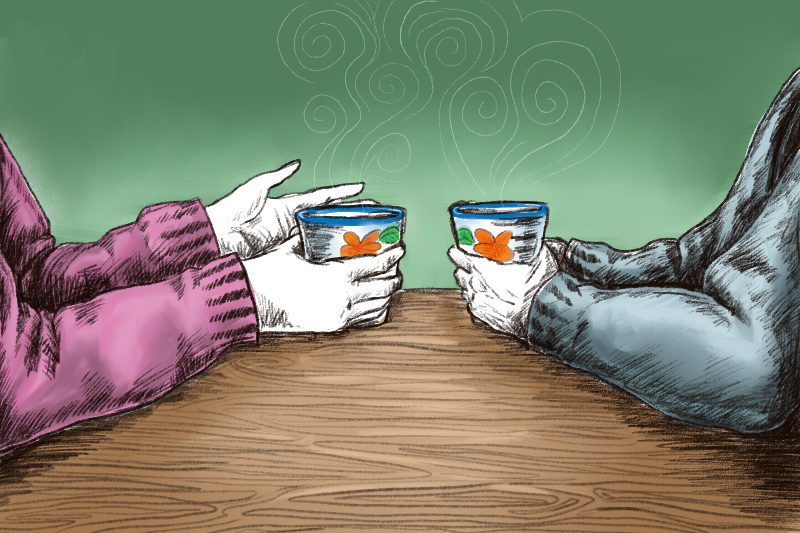 Actually, waiting until parents have a health crisis or other emergency that makes it necessary to talk with them about their finances is the worst time to have these conversations. I learned this first-hand with my mom.

One of my biggest regrets is not talking to her about money matters before she started losing her memory. Even though I am a financial journalist, I just didn’t realize how important it was to have that conversation.

As I learned, the conversations can be more emotionally charged if you’re having them when there’s an emergency. And waiting to talk to your parents until they’re having problems can leave you with fewer options to help them. In the case with my mom, I had to gather information from someone who was having trouble remembering things. It was like trying to put together a puzzle without knowing what the final picture was supposed to be.

As scary as these conversations might seem, the consequences of not having them can be even scarier.

So, as scary as these conversations might seem, the consequences of not having them can be even scarier. Plus, talking to your parents about their finances won’t be nearly as awkward as you think – especially if you take the right approach. Here are five ways to start the conversation with your parents that likely will get them to open up and share the details about their finances that you will need to help them as they age.

One of the best ways to start a conversation with your parents about their finances is to use a story. Maybe you have a colleague who had to stop working to care for a parent with dementia. You could use that as a cautionary tale about what happens when you don’t have a plan for long-term care.

Or maybe you have a friend whose parent died without a will and there were family fights over who got what as a result. This could open the door to discussions about the importance of having a will and other legal documents such as power of attorney. If you don’t have your own story, borrow one.

Talk about someone you read about in an article. Or make up a story. Don’t think of it as lying. Instead, think of it as a way to start an important conversation that needs to happen.

Another way to get a conversation started with your parents is to ask for their advice. This works great if you’re younger and just starting out.

For example, if you recently started a new job, you could ask your parents whether you should take advantage of the retirement savings plan your employer offers. They might tell you that they didn’t have to worry about saving for retirement because they get a pension. You could keep the conversation going by asking whether they’ve done anything else to make sure they’ll have a comfortable retirement like getting long-term care insurance or planning to downsize to a smaller home.

The goal in asking your parents to give you advice is to get them to open up about the financial and estate planning they have done.

The goal in asking your parents to give you advice is to get them to open up about the financial and estate planning they have done. However, they won’t think you’re being nosy because you’re making it appear that you’re seeking their wisdom, which parents typically like to share.

3. Ask About ‘What If’ Scenarios

A key reason to talk to your parents about their finances is to be prepared for emergencies. Asking them about “what if” scenarios could help you find out what sort of planning they’ve done or what needs to be done to be better prepared.

For example, if your dad lives alone, you could ask what would happen if he had a stroke and ended up in the hospital. Let him know that someone would have to be designated as a health care power of attorney to speak with his doctors and make medical decisions for him if he couldn’t on his own. And someone would have to be designated as power of attorney to handle financial transactions for him, such as paying bills. Most likely, it will be a relief to him that you’re asking and want to plan for worst-case scenarios.

If your parents don’t want to hand over detailed information to you about their finances to prepare for emergencies, ask them to make a list of the accounts, insurance policies and legal documents they have and to tell you where you could find that list if something happens.

4. Don’t Make The Conversation About Money

If money is a taboo topic in your family, don’t even make the conversation about money. Instead, try to get your parents talking about big-picture topics – what they hope their retirement will be like or what their wishes are.

You could say, ‘Mom and Dad, you took such good care of me when I was younger. I want to be able to provide that same sort of care if you ever need it.’

You could say, “Mom and Dad, you took such good care of me when I was younger. I want to be able to provide that same sort of care if you ever need it. I’d love to talk with you about how I can do that.” This could open the door to conversations about whether they have a will, a living will, financial and health care power of attorney documents, or a plan for long-term care.

You could also simply take a direct approach, as I did with my mom. When I could see that she was starting to have trouble remembering things, I suggested that we meet with an attorney right away to update all of her legal documents. That opened the door to other discussions that were necessary because I had to step in and take over her finances as her dementia progressed.

If you have a good relationship with your parents and they were relatively open about money matters while you were growing up, a direct approach can work. Simply let them know you would like to find out some information about their finances to give you peace of mind. Regardless of the approach you choose, remember to be respectful when trying to talk to your parents about their finances. It can be a difficult topic – and it’s OK to acknowledge that. Just let them know that you care about them and you want to have the conversation so you’ll be prepared to help them if they ever do need your help.