I Tried The Minimalist Challenge For 30 Days: Here’s What Happened Week 1 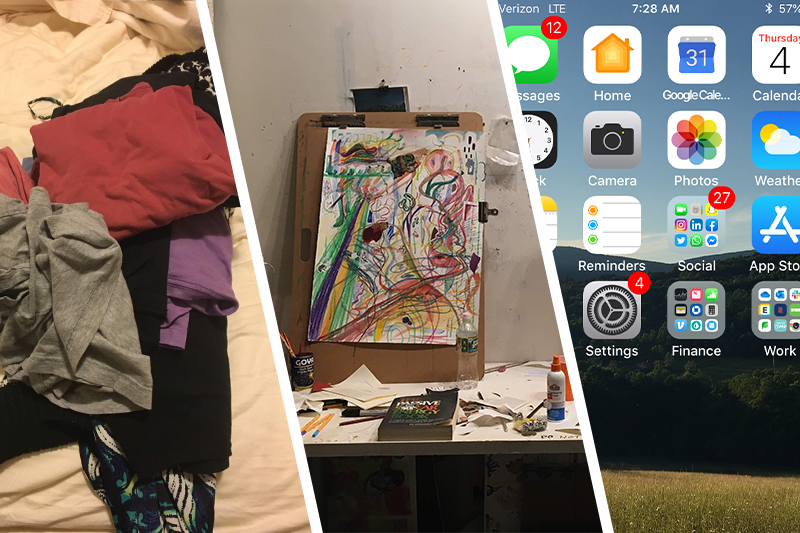 I always have had a hard time letting things go. Both physical (clothes, art supplies, books) and non-physical (emails, text messages, photographs, etc) were subject to me holding onto them just in case. Maybe because I was raised by folks who were raised by people who grew up in the depression, maybe because I have lots of anxiety, I’m not exactly sure why, but as long as I can remember I have always held onto, well, stuff.

But that all shifted when I began to interact with the debt free community on Instagram (which also intersects pretty strongly with the minimalist community). For the first time in my life I began to ask myself, “Why was I holding onto so much stuff? Why couldn’t I be like these folks in the #minimalist community and let things go? Could I save a lot of money by not buying and holding onto to so much stuff, all while making my paychecks last longer?” With these questions in mind, I decided to embark on a 30 day minimalist challenge. If I had less stuff and consumed less in general, would it help my financial life? It was time to find out.

Minimalism is the idea that less is more, that your life does not revolve around stuff. It’s an idea that the debt free community talks about a lot. Many of the debt free folks also practice minimalism and there is a pretty clear connection between the two groups. After all, clutter is still spending and people who are mindful of their spending habits are often avoiding clutter.

Every minimalist challenge varies, and I found a number of great minimalist guru’s challenges posted online. I ultimately decided to create my own 30 day challenge list (since I know all of my own weaknesses). Here’s what I decided on:

1. Purge your wardrobe (get rid of at least 10 things)
2. Journal for 20 minutes
3. Clean out your fridge
4. Find 10 things you’re grateful for
5. Clear out your phone
6. Clean out one of your closets
7. Purge your kitchen cabinets
8. Empty your junk drawer
9. Clean the apps on your phone you don’t use
10. Do something you have been putting off
11. Clean out your old makeup
12. Make five goals for the next six months
13. Take out your credit card information out of autofill
14. Clean under your bed
15. Don’t spend money for 24 hours
16. Sort through your mail
17. Meditate for 20 minutes
18. Download a helpful app
19. Eat at home
20. Sell five items to a local thrift store
21. Clean out your email inbox until it hits zero
22. Unsubscribe from email marketing
23. Write down five things you are grateful for
24. Purge your household cleaning items
25. Toss out old socks
26. Leave a whole day unplanned
27. Let go of a goal
28. Declutter your work desk
29. Empty your wallet
30. Repurge your wardrobe (get rid of at least ten things)

Some minimalist lists have more purging, others have more meditating, and still others concentrate on tackling social media addictions. I made this list for mwah but anyone can use it. I would encourage you to use it and share your experience on any social media channel and make sure you tag #TheMoneyManual so I can see your post.

1. Purge your wardrobe (get rid of at least ten things)

I came home late from helping friends move into a new apartment (very exciting!) and was pretty beat. I called my partner on the phone as I started removing clothes from my closet. It was hard. I only have so much space in my apartment closet so most of the things are items I wear a lot. However, there are those pieces of clothing that I keep wearing even though I don’t like them. No idea why. I also have a bunch of old t-shirts that I sleep in or do housework in that are a little bit older. I got rid of a number of those (why do I have 10 old t shirts?). Ta-da! Ten pieces of clothing set aside for donation. 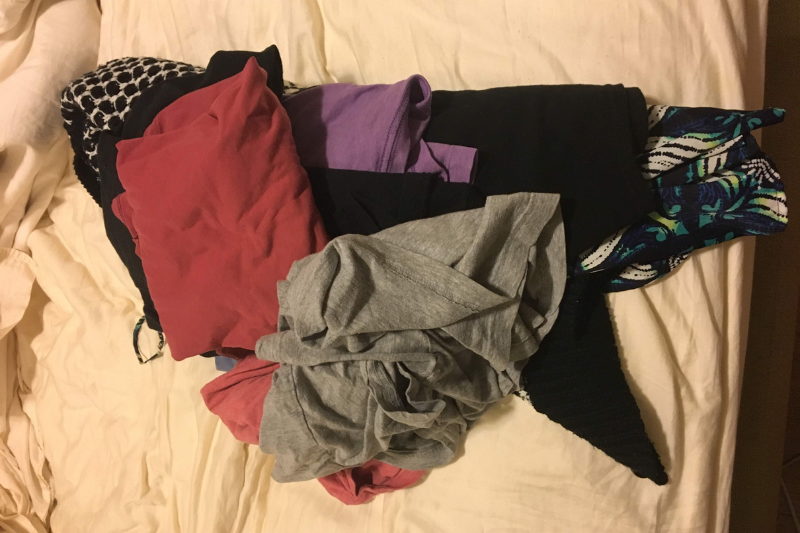 After my ballet class, I wrote down the ten things I was grateful for in no particular order as they just came to my mind:

1) My partner
2) My friends
3) Food
4) A nice, warm bed (and a lovely apartment)
5) Art! Making it, seeing it, experiencing it! (and thus to a certain extension my job! Being able to be creative everyday!)
6) My (large) family
7) Puppies and cats and horses and every other animal. Grateful they exist.
8) My grandparents house and farm
9) New York City
10) My body

This was super fun and positive to write about. Reflecting upon your life in such a negative way really brings out joy. It’s also a great hack for those times when you feel the temptation to spend in order to be happy.

I went to friends birthday party. We all sat around and made art for four hours, talking and drinking. It was lovely. I also know that making art and journaling are different but I literally had no time to spare today so I am going to just count it. 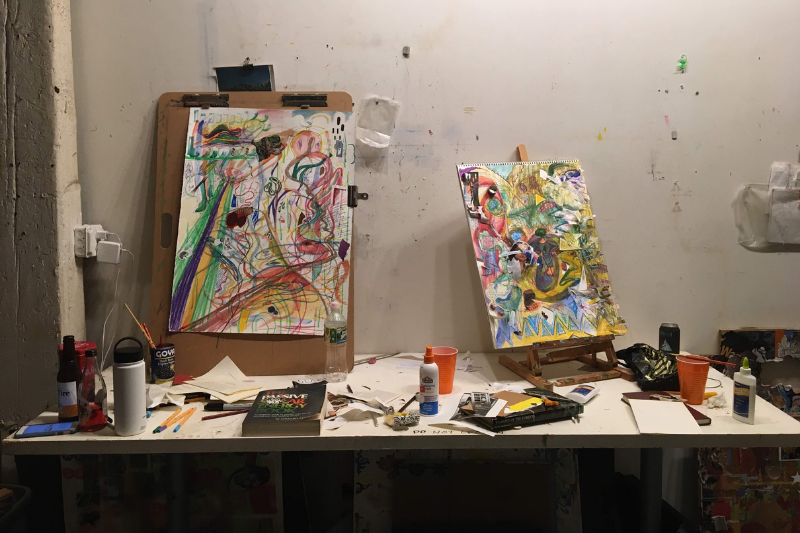 4. Clear out your phone

I took a long train out of New York City (where I live), so I took the whole three hours to start combing through my phone. It’s crazy how much stuff I have on there: 12 unread messages, 1,562 unread emails, dozens of email folders, 27 unread social messages, 5,679 photographs, dozens of photograph albums, probably a hundred opened messages, a full voicemail box, a long list of recent calls, and around 60 apps. Y’all my phone is a hella crowded place. It was a bit overwhelming to start tackling everything. Much like paying off debt, addressing a bad habit can be very intimidating and can feel impossible. But I decided if I didn’t start right then and there, when would I ever organize everything?

I barely made a dent in my three-hour long purge but it felt so good to be able to take the time to delete things.

I decided that this was going to be one of the hardest things for me to do and I might not even make it to the end of the month to get everything in order. But no matter. If it takes me longer I am just even more grateful that I started.

5. Get rid of the apps on your phone you don’t use

I got rid of five apps. It felt so good to move through my phone and decide if everything had value. Why do I need the Pinterest app if I never use it? I also moved everything to one screen so I could see everything in one place. I might delete more apps as the month progresses.

Okay I had downloaded Digit a week ago but had done nothing with it. I was just letting it sit in my phone… doing nothing. So I finally sat down and actually set everything up. I had heard such great things about it through coworkers, I decided I might as well give it a serious try. I divided my saving goals between a rainy day fund and a New Orleans Trip (which will *hopefully* happen in December or January so I can visit one of my best buds). It was super easy to use. At the end of the month I am going to say how much Digit saved automatically for me.

7. Unsubscribe from all email marketing

I used my computer to unsubscribe from 16 different lists. I had no idea I was signed up for that many things. It was mainly shopping emails, which felt good to get rid of.

My journey continues next week. Make sure to check back!