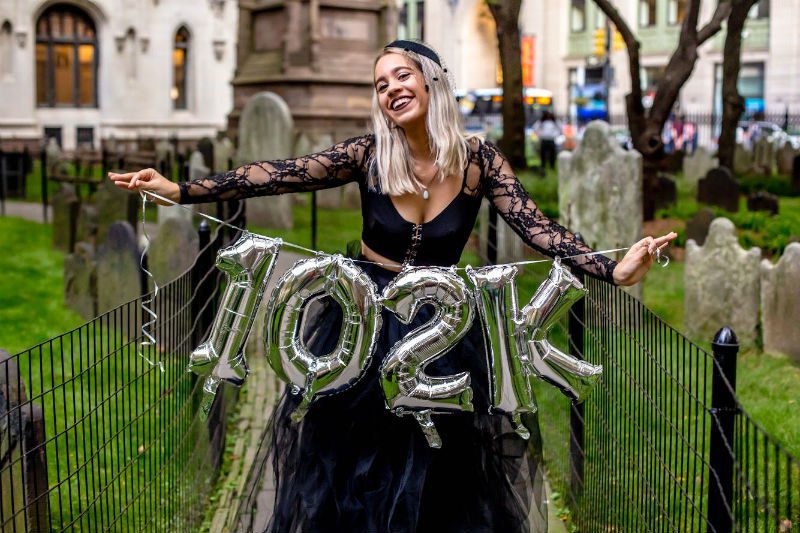 With student loans such a massive problem in this country, it shouldn’t come as a surprise that it is a big, big deal to people when they are finally able to pay them off. Take Mandy Velez, who recently saw her Facebook post go viral when she talked about paying off her student loans, and her debt free celebration when she was finally able to do it.

“Let me tell you about my journey,” she wrote on Facebook. “It began in 2013, when I graduated with a total of 75K in student loans. I moved to New York, but I made sure to pay more than the minimums, which totaled to $1K a month. It was like another rent. I took jobs not based on what I really wanted but what could help me survive. I did this for five years straight. Even after a lay-off during this journey I hustled like hell and never missed a payment. It was more than most people can do, and I, a single, childless, able-bodied woman consider myself lucky. But still, I carried this burden alone. I never asked for or received help. No one ever paid my bills.

Then last fall, something in me broke. Maybe it was feeling like my life was on hold, but I just remember thinking I was DONE. I didn’t want to owe anyone anything more. I wanted to start saving for my future. A house. Kids. A life. So I made a decision—I’d become debt-free by 30. I’m proud to say I accomplished my goal 2 years early.

In fact, I killed that last 32K in EIGHT months.”

Wondering how she was able to pull of this incredibly impressive feat?

“I cut my budget and lived off of less than a third of my monthly salary. (Turns out, packing lunches and not taking Ubers can save you a ton.) I worked my ass off at work and asked for raises, and got them. I worked multiple jobs at once, my day job and then side hustles. I walked dogs until my feet literally bled. In the cold. In the rain. In the heat. Nothing was beneath me. I babysat. I cat sat. I stayed up for 24 hours straight to make a few hundred bucks as a TV extra on shows they filmed overnight. (I got to be on SVU so I’m OK with that one.) I cut my food budget down to merely salad, eggs, chicken and rice sans the food Zach and my family would feed me.

I said ‘no’—my God I said no—to making memories with my family and friends and prayed there would be other opportunities in the future. I gutted half my savings toward the end because if it all went to shit I would have rather paid myself back than Navient. I used the ‘snowball’ method to pay them off faster and avoid more insane interest rates, which is how my loan total came to 102K—27k more than what I actually borrowed.

Paying them off meant it was time to celebrate. Ultimately, Velez decided to do just that in a New York City cemetery. Pretty apropos.

“I have my life back. I changed my life,” she said. “I changed my future family’s life. I ended the cycle of literally ‘paying’ simply for wanting a better future. For being a ‘have not.’ Well not anymore. It’s all mine now. I’m free.”