The FIRE Movement Is Sweeping The Country. But What Does That Mean For People Who Are In Debt? 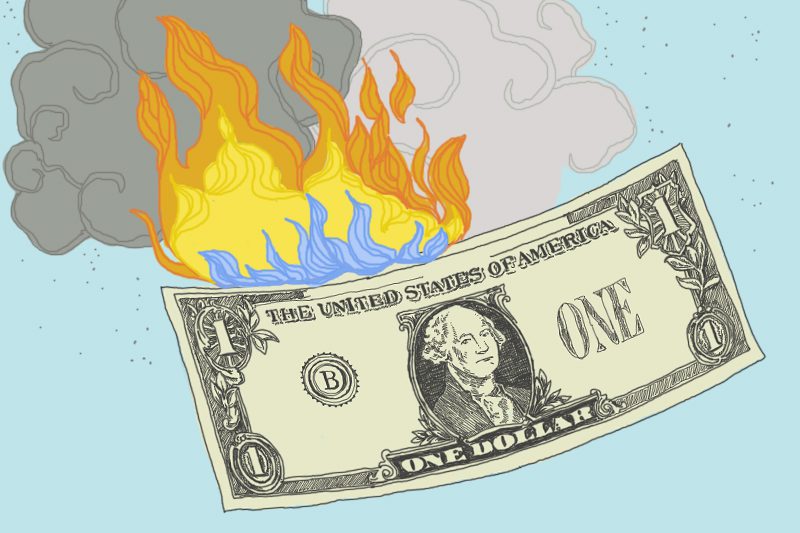 Debt and the FIRE [Financial Independence Retire Early] movement don’t obviously mix. It’s like trying to finish a marathon with a fifty pound weight strapped to your back, sapping your energy and slowing you down the whole way. Maybe you’ll finish the race, but not until everyone else has gone home.

But that’s not to say people with debt will never get to FIRE. In this case, it’s probably better to compare debt to some extra weight you’re trying to lose: it may make running harder, but every mile you run and responsible choice you make brings you closer to the goal.

Interestingly, a lot of FIRE’s biggest champions actually started their journey in some kind of debt, taking the lessons they learned from crawling out of debt to trying to achieve FIRE.

In other words, getting to FIRE and dealing with your debt require a similar strategy. If FIRE is the long-term objective, paying down your debt is just the first step you need to take.

Craig Curelop, a Palo Alto-based financial manager at BiggerPockets, decided to go a different route in paying off his student loans and becoming financially independent. Instead of immediately throwing any extra money toward his loan balance, he bought a rental property instead.

“These real estate investments allow me to expedite the process of paying down student loans,” he told The Money Manual. “I feel as though if I had taken the traditional route of paying student loans off first, I would still…have much more left to pay.”

Curelop now owns three properties, and is using the proceeds from renting them to pay off his student loans more aggressively.

Depending on how much debt you have, it might be time to use extreme tactics. These could include living at home for a few years, working a couple part-time jobs or severely cutting back on discretionary spending.

FIRE blogger and mother of five Jillian Johnsrud of Montana Money Adventures based in Kalispell, Montana, started her financial independence journey by paying off $35,000 in student loans, $10,000 in credit card debt and $10,000 in medical debt.

Her and her husband paid these debts off by living on half their income. When the debt was gone, they started saving the money instead.

“Slowly we found ways to save 60 or 70% of our income by doing things like getting a roommate,” she told The Money Manual.

Whether you have a mortgage, student loans or auto loans, you can refinance to get a lower rate and pay less interest overall.

The only downside to refinancing your federal student loans is that you give up any relevant federal protections, including Public Service Loan Forgiveness. Do the math to make sure refinancing won’t interfere with your plans or lead to a higher interest burden than sticking with PSLF.

A lot of people think the FIRE lifestyle means living on beans and rice, growing your own vegetables and shopping at Goodwill for all your clothes. In reality, the biggest factor in achieving FIRE is how much you make. You can’t always save your way to financial independence, but you can earn your way.

Focus on getting a raise at work, asking for overtime or finding a profitable side hustle. Experiment with a few different gigs to see what brings in the most money. Earning a few hundred bucks a month will almost certainly close the gap faster than just trying to live frugally.

It’s always important to get as much of your employer’s contribution as possible, but that becomes even more vital when you’re trying to balance debt payoff and early retirement. Look up your company’s 401k contribution policy and understand what you need to get the maximum company match.

Doing this might delay your debt payoff, but it’s better than leaving free money on the table that you’ll never get back.

The biggest reason why more people don’t strive for FIRE is because they don’t want to make the sacrifices that it takes to actually get there. Obviously, retiring at 40 sounds great — until you realize it means opting out of many luxuries your peers enjoy.

While your friends are having happy hour drinks and enjoying spring break, a FIRE devotee is making cocktails at home and taking staycations. The question is, what are you really willing to give up?

Per, Johnsrud mitigate this by enjoying the journey to FIRE.

“We celebrated at every mile marker,” she said. “When the debt was paid off, our first $10,000, $50,000 and $100,000. Often, it was something simple like going out for dinner. Anything that marks the occasion and gives a chance to talk about how far you have come, and express gratitude.”