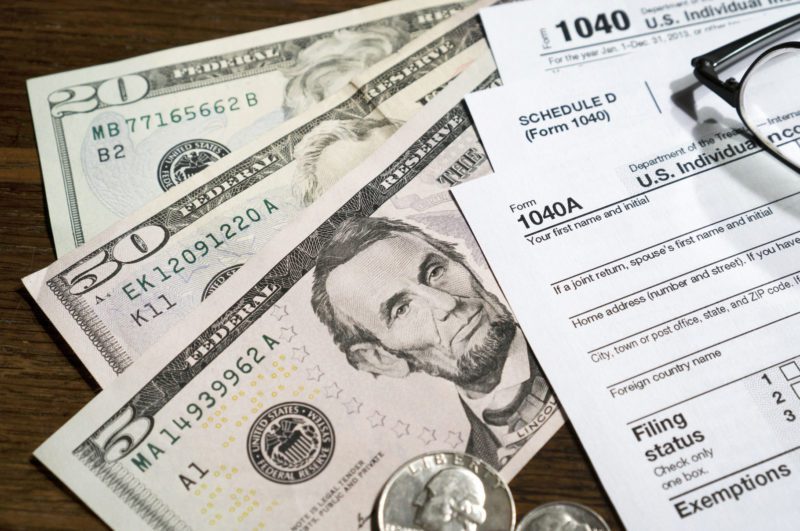 By now, there is a good chance you’ve heard, or maybe even seen the effects of the new tax reform bill on your paycheck.

CNN reports that an estimated 90% of Americans that earn a paycheck are likely to see greater take-home pay starting in February.

But, there is always a chance you could end up with too much in your pocket, which could mean you are stuck paying it back next year. Or, that you get a smaller refund.

And on the flip side, there is a possibility that too much will be withheld, giving you a smaller paycheck.

Figuring out how much is withheld is an estimate made by your W-4. In a rush to implement the new law, the IRS has not updated W-4 forms and the new forms are estimated to be ready by 2019.

But don’t stress. A senior IRS official explained, that “we’ve constructed the tables so that most people should be accurately withheld if they leave their W-4 in place.”

Run the numbers to see what’s best for you

Typically the amount withheld is more than your actual tax bill, meaning you can get a refund after filing your taxes. If not enough is withheld, you could end up owing money. But the goal is to get as close to breaking even as possible.

Filers who have complicated tax situations are advised to review the number of allowances they take on their W4s once the new withholding calculator is out by the end of February.

Actually, every taxpayer should do this! Because roughly ¾ of filers are over-withheld because they take too few allowances.

The new calculator will ask for inputs (ie- income, number of dependents, etc.) that help determine whether you might be eligible for various tax breaks.

Questions or concerns? Turn to a trusted source.

Take a look at your February paycheck, but don’t expect your employer to advise you on whether you should change your allowances on your W-4. It’s best to contact a tax representative from a trusted source, like H&R Block or e-File for more information.