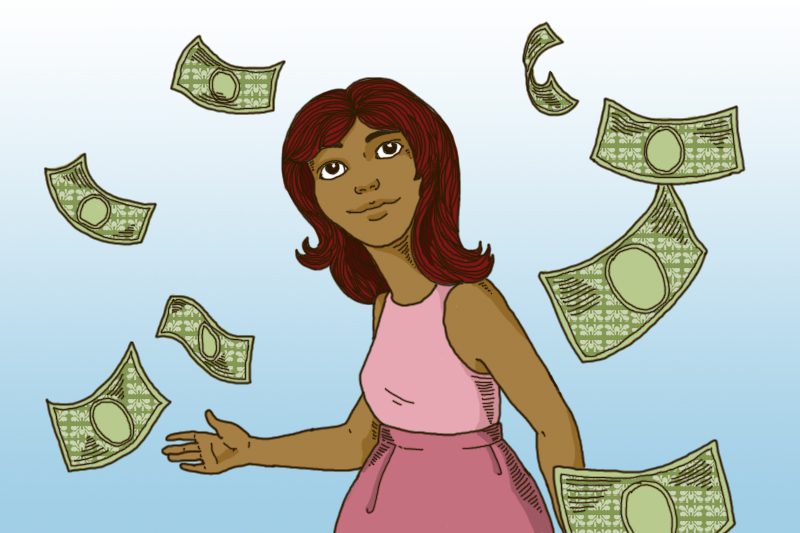 Fresh out of college, I was living in a one-bedroom apartment that my roommate and I had converted into a two-bedroom, I was barely making above minimum wage, was spending more money than I had every month, all while having no plan for saving for my future in sight. I was a walking money disaster.

If only I had known what I now know about money, and well, I would be in a much healthier financial place. Building good money habits early really does make all of the difference (hey, my mom told me, I just didn’t listen).

Here is what I have learned over the last decade that I really wish I could tell my younger self.

1. You really don’t need that pair of shoes

You are only young once, at least that is what I told my twenty-year-old self every time I was staring down a $250 pair of shoes I definitely couldn’t afford on my entry-level salary. My younger self probably needed a tattoo on her forearm that she could look at every day with the words “You can’t afford that” but alas, there was no such tattoo, and I ended up making way too many splurges on things that were well beyond my means. Of course, that splurge always ended up having a ripple effect on my finances–either because I put it on my credit card or because I spent cash that I needed for something important, like, I don’t know, my rent. If only I had had the willpower to walk away at the time.

2. Find any way that you can save

It can be really difficult to think about saving even a dollar when you are essentially earning minimum wage straight out of school. That being said, I wish I had been armed with the knowledge of just how much of a difference saving whatever I could would make for me later in life.

If I had an automatic savings app like Digit in my 20s, that probably would have saved me the headache of trying to figure out how to save on my own, word to the wise. Digit automatically pulls money out of your checking account for you.

3. You have to do more with your money than just save it

While I needed to tell my younger self to sock away money, I also needed to tell her that just saving money isn’t enough, you have to do something with it. That “something” means investing in a 401(k) plan, an IRA, stocks, ETFs, something. There’s a little thing called compound interest that will make all the difference when you start investing early. It’s something I truly didn’t appreciate until later in life.

Don’t let the idea of investing scare you, either, you can get started investing with as little as $5 using Stash, for instance.

I spent a nauseating amount of money on takeout and eating out in my 20s. Truly, a cringeworthy amount. If I had cut down on the number of meals I had ordered on Seamless or the times I spent $100 on dinner with friends, I would be light years ahead of where I am financially right now. Yes, cooking can seem time-consuming after a long day of pounding the pavement, but the rewards are huge.

5. If you don’t have the cash for something, you can’t afford it

It’s really that simple. If you have to put something on a credit card because you don’t have the cash for it, you can’t afford it. Case closed. Move on. Furthermore, don’t even think about using a credit card if you aren’t responsible enough to pay it off in full each month.

6. You don’t need to impress anyone

Keeping up with The Joneses is one of the things that got me in my twenties. It is so easy to want to buy a new dress because everyone else around you seems to be shopping up a storm, or to go on a vacation because everyone else around you seems to be going on a vacation. You really can say no to that pricey dinner out with friends that you can’t afford or that Miami vacation that is well beyond your means. Here’s the thing, you have no clue how other people are actually doing financially–they could be being bankrolled by a parent or even going into debt to support their lifestyle. You just don’t know. So why get caught up in it?

7. Never say that you’ll pay yourself back

Your savings and your retirement accounts are not a pool of money that you can dip into whenever you feel like it. You put that money away for a reason — to save it and grow it — so its best to pretend its not even there.

8. Everything in life is negotiable

It can pay off in a big way to be aggressive about asking for deals, but that’s a lesson I didn’t learn till I was older. The price of my cable bill, the rent, how much I’m paying the person who walks my dog? That’s all negotiable, you just need to have the guts to ask.

(Or have the smarts to know that you can get someone to do it for you, like the service BillFixers, which can negotiate your cable and phone bill down for you. They only take a cut if they are actually successful, too).

9. Making money doesn’t just happen, you have to fight for it

No one is going to give you more money at work without you asking for it first. The greasy wheel really does get paid more. Problem is, when you are in your twenties, you might not have learned that lesson the hard way yet. So, get ahead of the problem — ask for more money before you just accept an offer, and ask for regular raises. Consider this mandatory.

10. Find ways to have fun that don’t involve spending

In your twenties life so often feels divided between the points of time that you have money and the points of time that you don’t. It doesn’t have to be that way, there are so many ways to have fun that don’t involve spending a dime. If only I had known to appreciate those all-night dance parties in friends’ apartments or hanging out in the park with a book for what they are: awesome free fun.