Women Were Slow To Embrace Cryptocurrency. That’s Starting To Change In A Big Way

Chalk it up to the gender investing gap, the gender pay gap, or the fact that women tend to be much more risk-averse investors than men, but the gender divide in cryptocurrency trading has largely been pretty stark — that is until recently. Last year was a record-breaking year for crypto and it seems women are increasingly catching on.

Seeing it as a hedge against inflation, a way to make short and long-term profits, or a means to equalize financial systems, women are diving into cryptocurrencies and blockchain technology in record numbers as of late. Has the pink wave in the crypto industry finally arrived?

Women Buying Crypto On The Rise

Over the last year, some of the top online brokerages and cryptocurrency exchanges have reported seeing a spike in women investing in crypto on their platforms.

The Wall Street Journal reported that over the last two years, the number of women crypto traders on eToro in the U.S. has doubled. On investing platform Webull, 21% of the crypto traders on the platform are now women, growth that is only accelerating the company says. 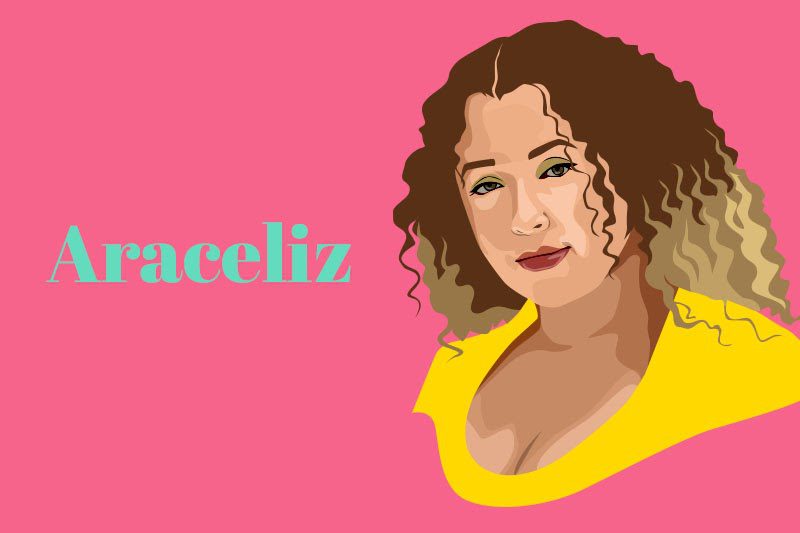 Twenty-three-year-old entrepreneur and software engineer Araceliz Gomes said that by 18 she knew a good deal about blockchain technology and cryptocurrency and was confident enough in it to make it the first asset class she invested in.

“Because cryptocurrency is decentralized, it kind of eliminates the need for banks — big banks,” Gomes told The Money Manual of what initially piqued her interest in cryptocurrency.

“When we think about not only how much banks have exploited mostly lower-class and middle-class people and also retail investors, in addition to fees that banks charge, it doesn’t really make sense for us to use this strategy to exchange money that’s no longer necessary…There is just a lot of potential for cryptocurrency and the way the world is changing is in alignment with cryptocurrency.”

Gomes says that in the past, she’s invested in Bitcoin, Ethereum, Litecoin, Ripple, and Polka Dot, and she saw a 30% return. Because of that she recently divested to buy a real estate property, something she was able to do in part because of her crypto returns.

While Gomes got into crypto — at least initially — because she believed in the technology behind it, other women are diving in hoping to make a profit. 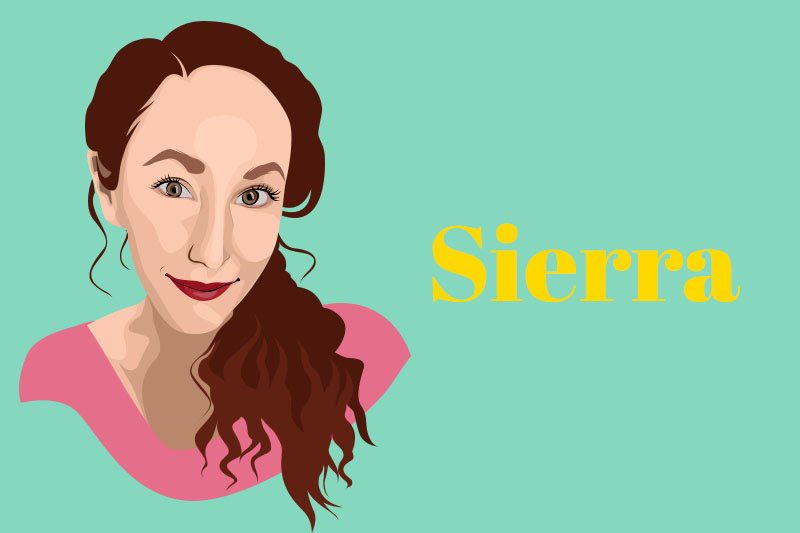 Sierra Boxberger, a 28-year-old New York gaming inspector, has holdings in Ethereum Classic, Litecoin, Dogecoin, Cardona, Algorand, Acrecoin, and Polygon. She plans to hold on to many of these coins for at least four to five years in the hopes she’ll turn a significant profit.

“All of these have huge growth potential,” Boxberger told The Money Manual. “I feel like it would be foolish to not know that cryptocurrency is a part of our future and there are certain cryptocurrency projects that stand to make a large profit if you’re willing to wait it out until the next bull run, which is potentially in the next three to four years.” 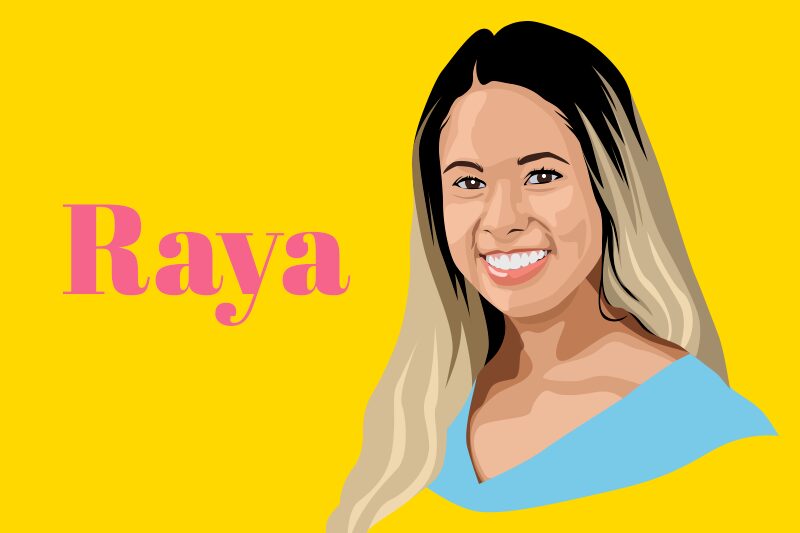 Thirty-two-year-old personal finance coach Raya Reaves, who has invested in Ethereum, Bitcoin, and Dogecoin, takes a bolder approach, trying to profit by day trading crypto — an investing strategy that in and of itself has predominantly been known to be male-dominated.

“I’m interested in cryptocurrency because it trades twenty-four-seven and is extremely volatile,” Reaves shared. “I think crypto can be a great way to day trade or to trade short term to make extra money. I also like that you can trade it whenever you want.”

Reaves says her strategy is to think about crypto as something to invest in “if you have money that can be risked.” 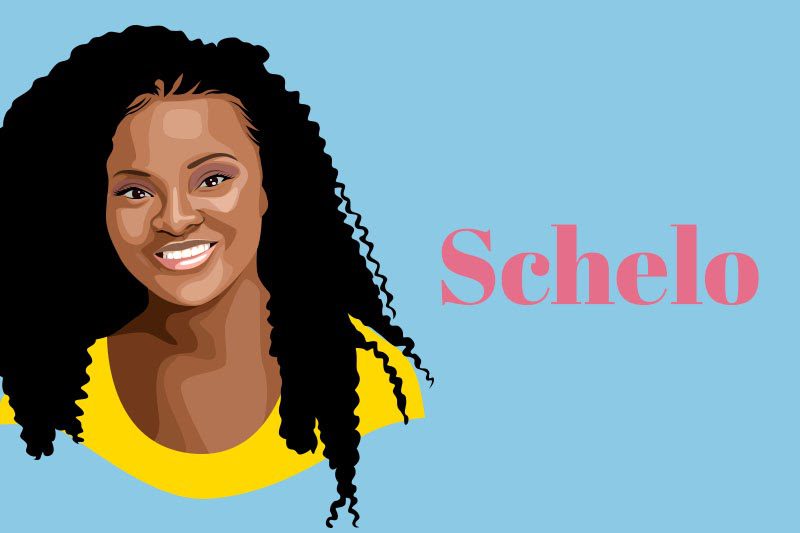 Of course, not all women investors are going all-in when it comes to investing, and many remain skeptical — especially when looking at crypto as a vehicle to build wealth. Schelo Doirin, 28, who is the founder and CEO of the education resource Black Women Invest is one of them. With no lengthy history to analyze, Doirin believes there is no adequate way to predict what will happen with crypto in the future.

“The only reason why Bitcoin and Etherum are going up is because of conversation and hype,” Doirin shared of her take on the crypto craze. “Crypto is supposed to be a currency — a medium of exchange — but it’s not used as that yet.”

Currently, she does invest in cryptocurrencies, but they only make up about 3% of Doirin’s portfolio. She is playing the long game with her investments in Bitcoin, Ethereum, and other crypto, holding onto them until they reach the exit price points she has set for them.

“I am very conservative when it comes to investing and while I do believe in the change that crypto can bring…I recognize that it’s very risky,” Doirin said.

Like trading stocks, bonds, or any other asset — women crypto traders have discovered it’s important to learn the unique ropes of trading cryptocurrency.

Boxberger, for instance, said she hadn’t considered the limitations her home state of New York could put on her ability to invest in crypto. Coinbase is the only cryptocurrency trading platform available in New York and it doesn’t offer some of the cryptocurrencies she’s wanted to invest in.

Doirin said she was unpleasantly surprised over commissions and fees she got charged for trading cryptocurrency that she hadn’t been aware of.

Reaves has her eyes on how taxes and regulatory laws may come into play in the future when it comes to crypto trading.

It is these learnings that have some women crytpo traders cautioning others to really do their research as they embark on their own crypto journeys.

“A majority of people — when you say research before you buy — they don’t know what research looks like,” Doirin said. “It’s Google.com…and they read articles,” said Doirin. “It’s very easy for people to end up losing money.”

Boxberger advises those interested in crytpo to fully understand what they are getting into in order to not make the investment lightly. “Do your research, understand how to cost average and budget, make sure you have budgeted funds for any of your investing endeavors, whether you’re investing or swing trading or trying to day trade these currencies or coins.”

More From The Money Manual:

How To Start Investing In Stocks

How Women Are Making Impact Investing A Thing