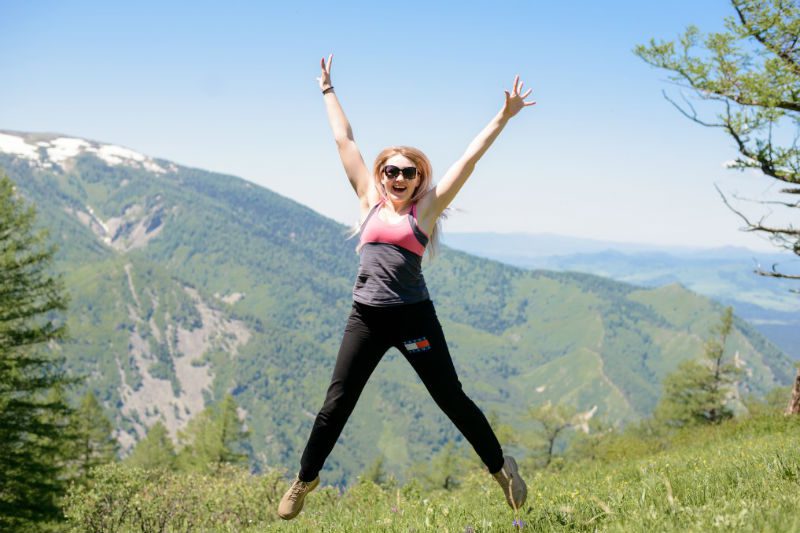 But there is light at the end of the tunnel. So many people have managed to crush their debt and come out on the other side of it stronger than ever — buying a home, starting a business, living out their dream of traveling the world. And you can too (we promise).

We spoke to four very different people on the one thing that helped them get out of debt once for and all. Here’s what they shared: 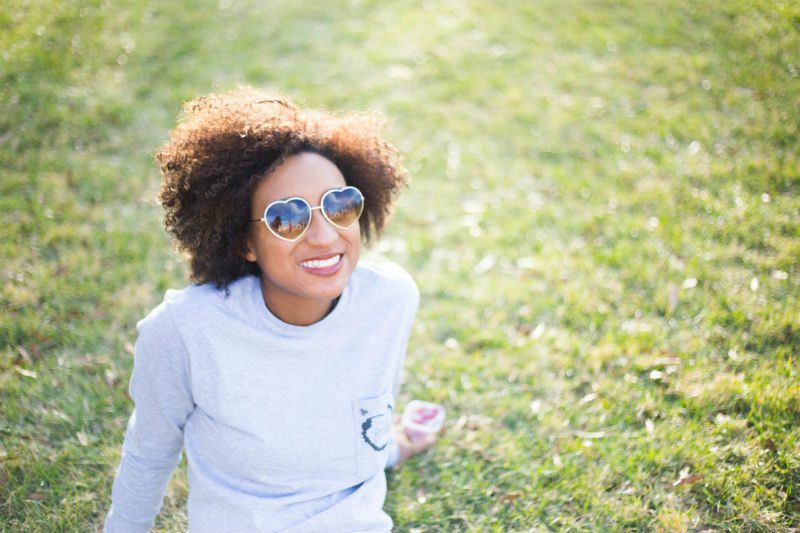 It can be really, really hard to come up with extra cash to start paying down your debt. The interest that is being added to your total every month certainly isn’t helping.

If only there were a helping hand for paying off debt. For Ebony King, a clinical researcher based in Maryland, the savings app Digit was that game-changer.

“I signed up for it not thinking it would do much for me, but figured why not? It started pulling small amounts of money out of my checking account [into my savings after I signed up],” she told The Money Manual.

“It didn’t seem like a lot at first, but it allowed me to start making more than just the minimum payment on my credit card. And that started to build over time. I was able to pay off a little over $3,000 in credit card debt in six-months because of it. I don’t make that much money, so that was a big deal for me.”

Since it had such a big impact on her ability to get out of debt, Ebony has been spreading the message.

“My friends think I’m insane because I am always harassing them to try it [Digit]. Now that I have my credit card paid off, I’m saving up for my first real vacation to the Bahamas.” 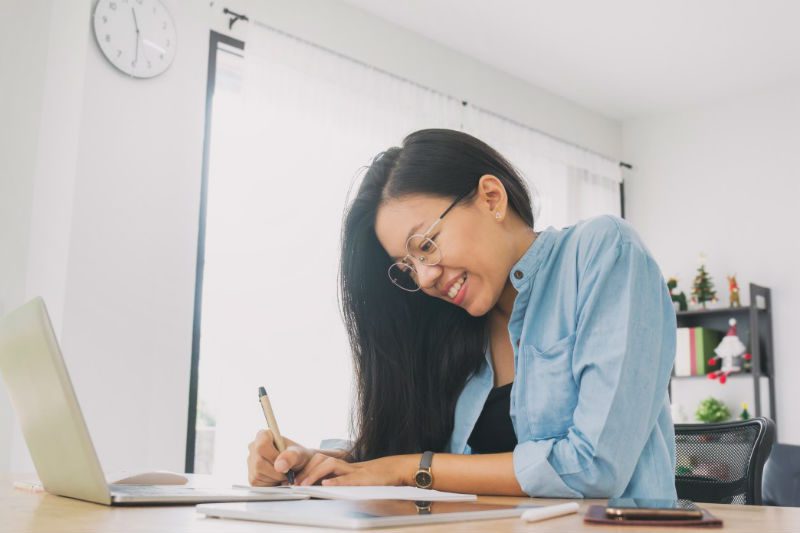 That’s been her motivator to cut her expenses as much as possible, so she can start putting money towards her debt.

“I spend a lot of money on coffee and I eat out a lot,” she told us. “I’m not good about saving a lot, and I have student loans. I wanted to focus on reducing on how much I was spending to put money towards my loans because after school I want to start my own business.”

Hannah decided to sign-up for Truebill to see exactly where her money was going all in one place. After getting started with the app, she uncovered a lot of surprises. And not happy ones.

Hannah was able to chop off $300 a year on her car insurance immediately after discovering that and switching. She’s also become a lot more careful about her eating out habit.

“I review Truebill once or twice a week, I’m not obsessive about it, but connecting all of my financial accounts in one place so I could get a full picture [of my spending] has helped me so much.”

Getting a handle on her finances early has made Hannah hopeful about life after school. “Everybody my age seems to be struggling financially. They don’t know how to save efficiently, how to budget, why it’s important to start paying your student loans while you’re still in school. I don’t want to be like that.” 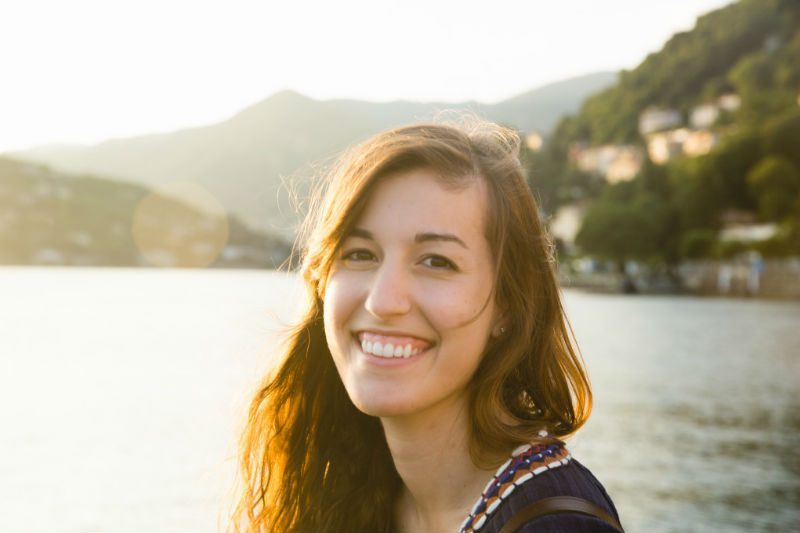 Stephanie Smith*, who works in tech in Northern California and her husband, found themselves with over $130,000 in student debt thanks to two graduate degrees. That’s a number that would make anyone flinch.

Stephanie and her husband attacked the debt using a lot of the old fashioned methods — living as frugally as possible and also taking on extra income whenever they could. But they also got creative.

Stephanie used a credit card balance transfer to pay off a huge chunk — $26,000 of federal student loans. She transferred that $26,000 of debt to a credit card with a 0% APR offer that lasted for 12-months, and then paid it off interest-free.

“We were able to pay off the balance transfer before the introductory APR period was over,” she told us. “There are definitely some risks to this, especially if you don’t feel confident that you can pay off your card before that special APR period is over, but it helped us a lot.”

Her top tips for making this work for you? “Wait for the right offer…Make sure that you aren’t making new purchases on the card.  That was our plan, but we had some automatic payments set up with that card that we had to get rid of.” Ultimately Stephanie says she was able to save a good amount on interest, and it ended up being a massive help when it came to climbing out of debt. The good news? She is now completely debt free.

Editor’s Note: We suggest you sign-up for a credit cards that has a special 0% APR offer that lasts for 15 months and both don’t have membership fees. It’s worth looking into if you are considering this, whether to transfer high-interest debt from another credit card or are looking to take a unique approach to paying off student loans. 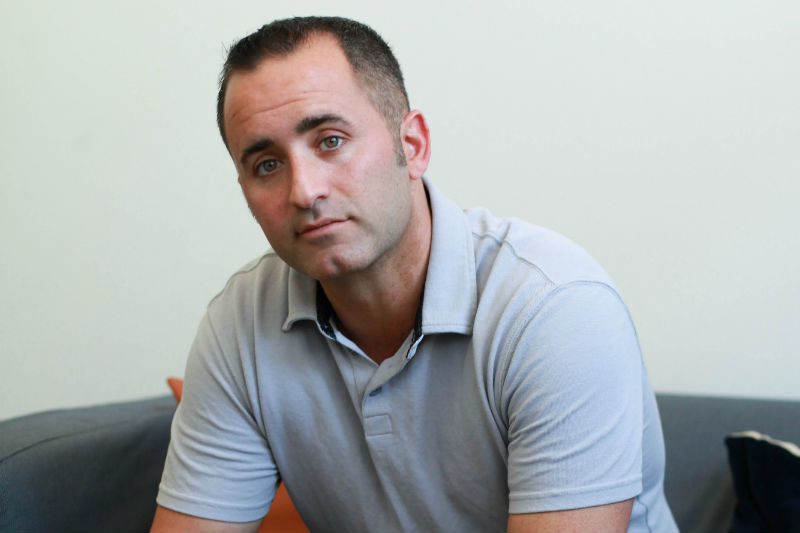 Brian Jones*, like a lot of newlyweds, found himself ready to take the plunge and buy a house. But, like a lot of people, the 37-year-old, based in New Jersey, found himself being held back because of a bad credit score (certainly not your friend when you are trying to get a mortgage) and the roughly $8,000 in debt he was carrying on two credit cards.

“It literally felt like a black cloud that was following me everywhere,” he told The Money Manual.

Brian came across Tally, an app for iOS and Android that could help. Its big selling point? It issues credit lines on its users’ behalf at a lower interest rate than their credit cards. That helps them pay down their higher interest debts first — and saves them money in the process.

“I was hesitant to get a new line of credit based on my finances, but a New York Times article on the service really piqued my interest,” he shared. “I knew I needed to do something.”

“Within minutes I was approved for a $4,000 loan,” he says, which he used to pay off some of his higher interest debts. His Tally credit line came with a lower interest rate — 15.4% — versus 16.99% on his higher interest credit card. That might not seem like a big difference, but can translate into saving thousands of dollars over the life of a balance.

Thanks to that credit line from Tally, he was able to cut his credit card debt in half, which had an immediate boost to his credit score, too.

Since joining Tally, Brian has reduced his overall debt load to roughly $6,000 (and shrinking). Along with carrying less debt, he’s lowered the interest he’s paying on it. And, he’s seen a dramatic increase in his credit score.

“I’m definitely less stressed,” he shared. “Now I’m monitoring my credit score about once a month rather than stressing about it every day.”

He’s also in the process of closing on a house with his wife, and his next big financial goal is to be completely debt-free as far as credit cards go in the next year.

“I’m on a really good path,” he said. “I see myself being debt-free excluding my mortgage next year.”

*Debt is a sensitive topic. We changed these last names on request to protect the privacy of the interviewees.