Dave Ramsay To High School Students: Go To A College You Can Afford 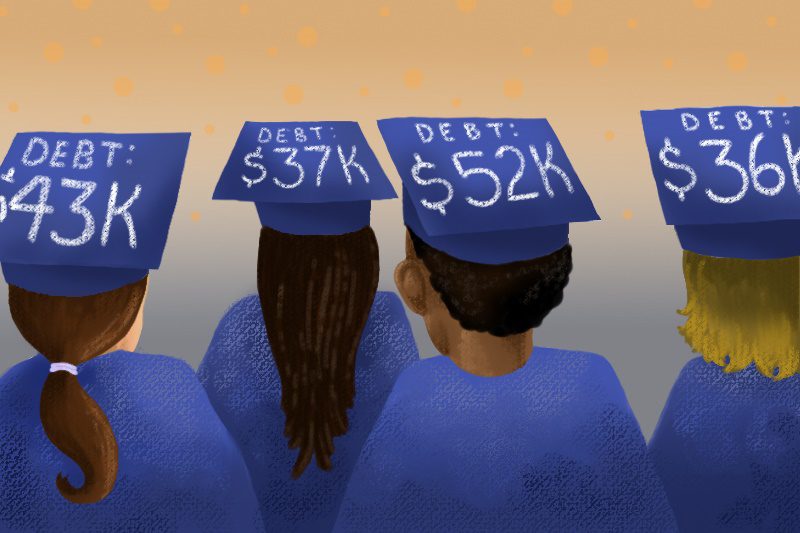 For so long, advice surrounding college was pretty simple: Go to the best college you get into, figure out how to pay for it later. It’s advice that has seeped into the decision making of most students. Per a recent survey by the Princeton Review, only about 9% of students say that money is an important factor when they pick their school.

Based on the crippling impact that student loans is having on so many, is this the really best way to make a choice?

A lot of personal finance are starting to actively question this logic.

During the recent Debt-Free Degree Town Hall Event, personal financial coach Anthony Oneal said that this mentality has allowed students to “take a kid’s approach to an adult decision.”

Personal finance guru Dave Ramsay, also at the town hall, had a similar take, that students are too focused on going to their dream school, and are not spending enough time weighing how they will actually pay for it down the line. “We’re not against you going anywhere you want to go to school, as long as you pay for it — and don’t justify [your college pick] and rationalize it based on stupid stuff,” Ramsey said. “You don’t want to be stupid about education, it’s kind of oxymoronic.”

Ramsay relayed a story about a recent caller to his radio show, a high schooler, who said she wanted to go to the University of Mississippi because she liked the campus. “She’s going to be $40,000 in debt because the campus is pretty,” Ramsay said.

Ramsay is one of the most influential personal finance experts in the country, so it is most certainly a big shift that he is advising people to factor in the money element of college first and foremost when making a choice rather than other factors. It’s certainly something for all parents and prospective college students to think about.

We’ve written a lot about this topic, including ways to get a degree that will ultimately save a bundle, and extensive guides for how to get out of student debt, so make sure to check those out.