How I’m Saving Thousands After Totaling My Car 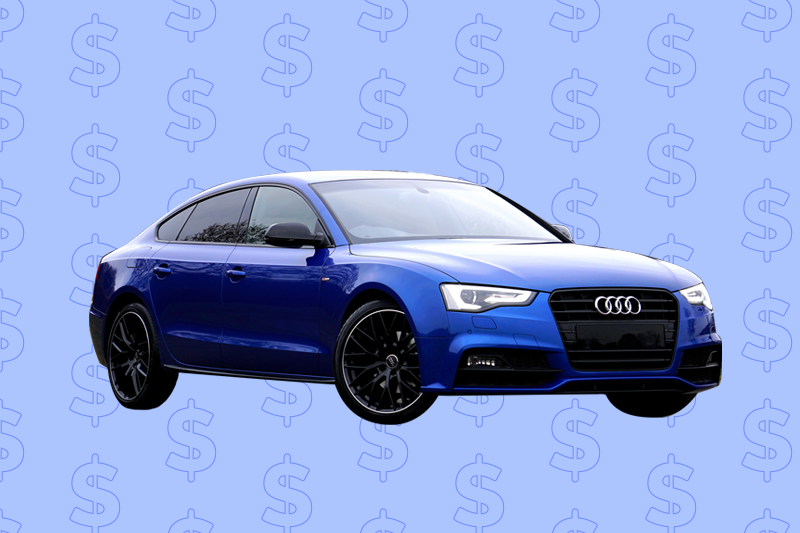 I grew up in Los Angeles, where driving is a way of life. There are very few ways to get around LA without access to a personal car, so I was ingrained from a young age to own a car, no matter what. In 2015, I moved to Salt Lake City with my beater 2002 Honda Accord. After beginning my post-college career, I decided it was time for an upgrade and in 2016, I bought my first brand new car completely on my own. It was a pretty proud moment of mine.

Unfortunately, I found out what a car payment and raised insurance rates were pretty quickly. I was paying roughly $650 collectively for my car payment, insurance, and other costs. I justified it to myself by saying I would become a rideshare driver to offset the cost. The idea didn’t last very long, because I found out my insurance would skyrocket if I actually did that. Which is when it began to sink in: Not only was buying a brand new car a horrible financial idea, I wasn’t in the financial position to purchase this car to begin with.

The costs I experienced certainly aren’t unique. According to AAA, the average cost of owning a car driven 15,000 miles a year was $8,469 in 2018, or roughly $706 per month. That is a pretty expensive monthly bill just to get from A to B.

Last year, my wife and I moved to an apartment complex where we are located two stoplights or about one mile away from my office. I was considering selling my car to save money since I could walk or take the bus. However, my wife (also from LA) was convinced that you couldn’t live without a car.

I was on my way to work, and I totaled my car. No one was hurt (thank goodness) but after the shock wore off, I found myself overcome with a sense of relief. I knew that because my car was totaled, I could now save all that money.

And that’s when I decided to give the carless lifestyle a try for 30 days.

For 30 days, I had no car payment, insurance bill, gas bill, or car washes. It was a freeing feeling.

Luckily, I only live one mile away from work, so I pay $5 a day to use the bus. When it isn’t freezing cold, I will walk and save the $5. If I need to get somewhere specific, I will use Uber or Lyft, which is fairly inexpensive in Salt Lake City.

Over the course of a month I have about $100 in transportation costs. The savings from not having a car were immediately obvious. After 30 days, I had saved $575 after spending about $75 on Lyft and Uber. After that trial period, I knew I could make this work. Since July, I have saved $2,500, and that doesn’t even include the costs of depreciation of value and maintenance if I had owned a car. In full, I would consider my savings to be closer towards $4,000 to date.

The savings from not having a car were immediately obvious. After 30 days, I had saved $575 after spending about $75 on Lyft and Uber.

Along with those direct savings, I have also found myself creating indirect savings. For example, if I am feeling lazy one night and want to go get In-N-Out Burger (my personal favorite), it would now cost me close to $30 adding the cost of two rides via Lyft or Uber, and the food itself. If I did have a vehicle, it would only seem like an $8 cost. Or, if I want to go get dinner with a friend in downtown Salt Lake City, that $25 meal now becomes closer to $60. I’ve started to really contemplate where I go as the costs are more tangible.

My wife had her doubts that this carless lifestyle would work, but now we’ve both seen the benefits of eliminating such a cost. If you live in a place with decent public transportation and fair rideshare prices, I encourage you to give this a try. I’ve met people before my accident that had adopted the carless lifestyle, and I thought they were crazy. Now that I’m living carless the thought of owning a car makes me cringe inside from the expenses.

After eliminating the costs of owning a vehicle, I’ve been able to eliminate all my debt (except my student loans) and jump to a quicker path towards financial freedom. So repeat after me: No, you don’t need a car, in fact, you might just be better off without one.

Brett Holzhauer is a graduate of the Walter Cronkite School of Journalism and Mass Communications at Arizona State University. He enjoy writing about personal finance, travel, and credit card rewards. In his spare time, he enjoys traveling with his wife, eating questionable Mexican food, and watching college football.