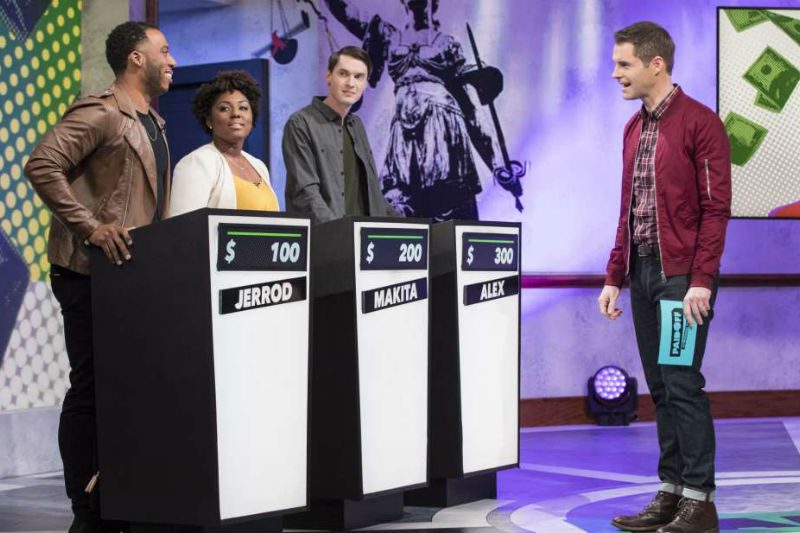 Remember the good old days when people went on game shows to win a car or a trip around the world? Thanks to the student loan crisis–Americans have a whopping $1.4 trillion in student debt and rising–those days are apparently over, more than something shiny people are now desperate to have their student loans paid off. Which is right where Paid Off, a new trivia show airing on TruTV starting July 12, comes in.

Here is the premise of Paid Off in a nutshell: Three contestants appear on the show at a given time answering a range of questions. The winner then goes into a speed round, and is awarded money to pay off loans depending on how many questions he or she was able to answer correctly.

Let’s take a step back for a second: How bad is the student loan crisis that people now need to appear on game shows to get their debts paid off? Well, it’s quite bad.

The student loan default rate is at the risk of rising to 40% in the not too distant future according to the Brookings Institute. Student loan debt now impacts a whopping 70% of college grads. And the average person with student debt in the U.S. has $37,000 to pay off, a number that outranks every other country in the world.

Shocker, this is causing people all kinds of problems, like preventing them from buying homes in record numbers, or even from getting jobs.

“One of the mantras is ‘an absurd show to match an absurd crisis,'” Paid Off host Michael Torpey told The Washington Post of his show’s aim. “A game show feels really apt because this is the state of things right now.”

Yes, it is weird, weird times we live in.

Now, in case you are dealing with student loans, and don’t want to go onto a game show to try and deal with the problem, check out our guide on how to pay off your student debt as quickly as possible.