Couple Put $4K Honeymoon On A Credit Card. It Was A Wake Up Call And Now They’re Tackling $145K In Debt 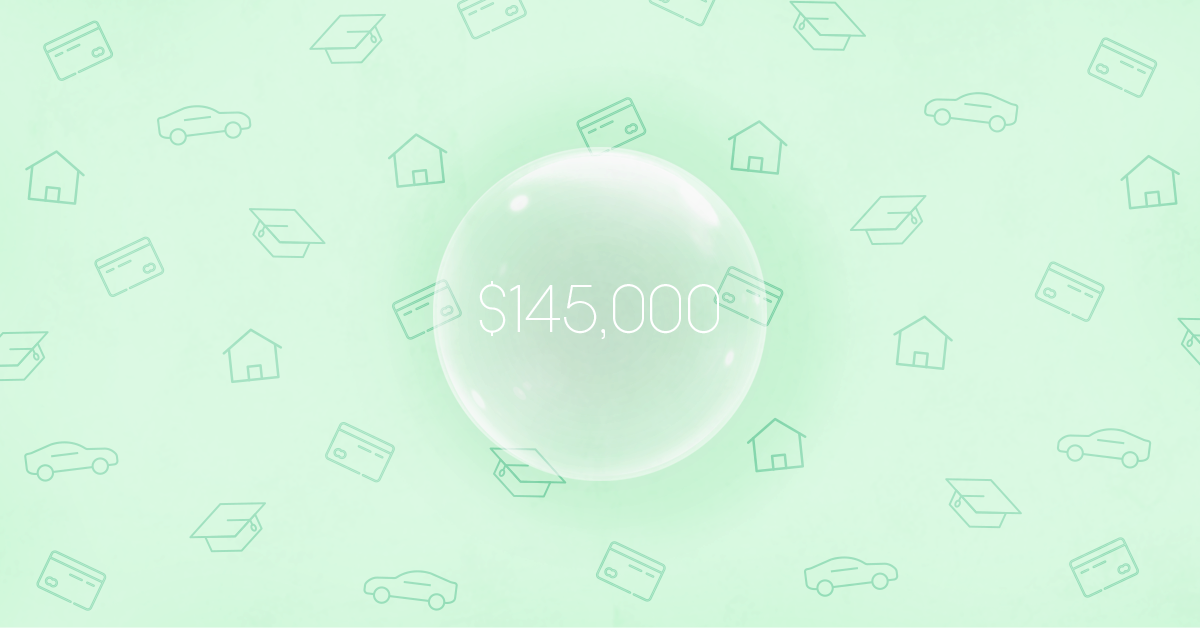 Kayla*, a 30-year old Jacksonville, Florida native, like so many people, wanted to go on a fancy honeymoon after she got married last year. So, she did want a lot of people do: she charged it to a credit card.

“We could have saved up for [the honeymoon] but we didn’t, so I said okay, whatever, I’ll put it on the credit card,” Kayla told The Money Manual. It was around a $4,000 charge. “We lived lavishly while we were on the cruise, we did excursions at every port… you know we just had a good time,” she shared.

Once the high of the honeymoon had worn off, though, Kayla had a wake up call. “Once we got back I was like ‘We can’t live like that,'”

The cruise, she realized, was a symptom of a bigger problem. Even though Kayla and her husband were making almost $100,000 a year combined, she found that they never had any extra disposable income — everything they made was getting sucked into paying bills.

The stress of worrying if she could pay her bills every month motivated her to make a change. She began researching the robust debt free community on Instagram. It was there that she stumbled upon personal finance guru Dave Ramsey.

“I looked him up, looked at his website, and instantly bought his book,” she shared.

The Start Of A Debt Free Journey

For the next two days straight, Kayla read Ramsay’s entire The Total Money Makeover. After she finished it, she took a hard look at her spending habits. She realized she was spending way too much on beauty services and eating out, for instance, so those were her first budget cuts. She even started bringing her lunch to work every day.

She then began to take a long hard look at her debt (not even counting her husband’s debt at that point).

I had six credit cards, all of which were maxed out.

The Snowball Method & A Side Hustle

The eye opening analysis turned Kayla into a master budgeter. She decided to take the snowball approach to paying off her debt (with that method, you pay off the smallest debts first, eventually working your way up), so the first account Kayla paid off was the medical bill of $250.

“Once I saw that it was gone, I was like I can actually do this,” she said.

She also started selling everything she could — clothes, shoes, items her daughter had outgrown — to make some extra cash. In the first two months of doing that she made around $3,000 selling stuff online.

Her husband got on board in January of this year. After fully combining their finances their total debt amounted to $145,000. It didn’t slow Kayla down. Last month, the couple became credit card debt free, after they paid off $18,000 in just eight months.

Just paying off [a few] credit cards was like a weight lifted off my shoulders.

“Just paying off [a few] credit cards was like a weight lifted off my shoulders,” Kayla shared. “Even though it was… not even a quarter of the (total) amount of debt that we owe… it was progress. It helped me see that there was a light at the end of the tunnel.”

Now, the couple is tackling Kayla’s husband’s student loans as a team and budgeting together on a weekly basis via an app that they both use to track their finances. Their goal is to be debt free by Kayla’s husband’s 30th birthday, in October 2020.

There’s So Much More Than Being In Debt

Getting out to debt is “hard work, it’s not easy, it requires a lot of sacrifice and a lot of dedication, but everyone can be debt free,” she shared. “You just have to change your mindset… You have to want it for yourself and you have to see that the way you live now…that there is so much more out there…you can do so much more when you are debt free.”

*We omitted Kayla’s last name on her request to respect her privacy.

What to hear more about Kayla’s debt journey? Check out Episode 2 of The Money Manual’s new podcast “Let’s Talk About Debt” to learn more about her story. You can also follow her on Instagram @budgetingmommy.